The new service helps students learn about what career opportunities are available after graduation
0
Feb 3, 2020 1:00 PM By: Doug Diaczuk 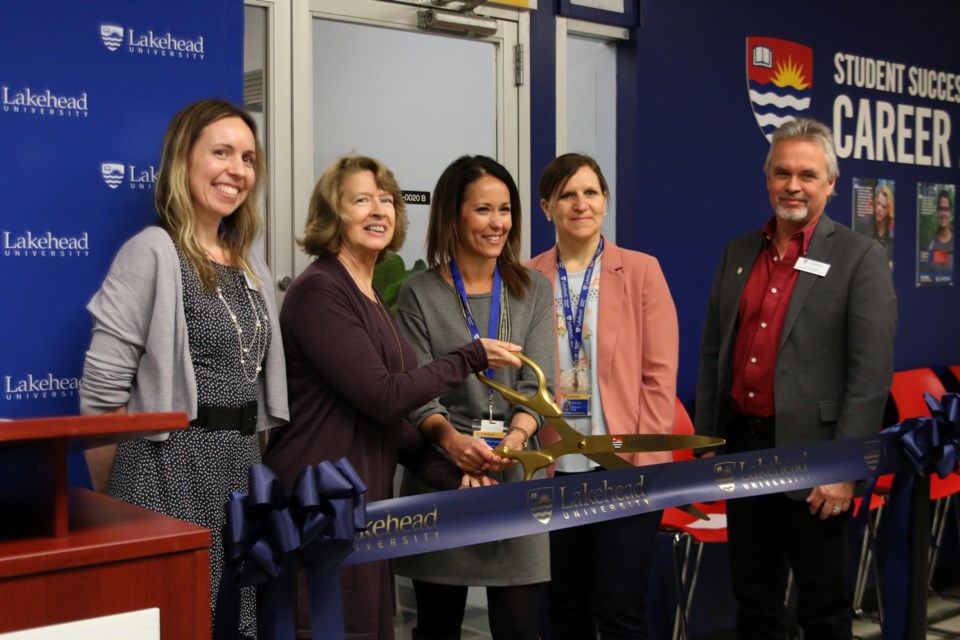 The ribbon was cut on Wednesday to officially mark the opening of the new Career Zone at Lakehead University. (Doug Diaczuk photo/Tbnewswatch.com)

Making the transition from classes to the workplace can be a daunting and stressful experience for some students, but a new centre at Lakehead University is hoping to help make the move a little easier.

On Jan. 29, Lakehead University officially opened its new Career Zone, which will provide a variety of services to students related to job searching and employment.

“It is a new space to bring our career programing out to students,” said Sarah Lewis, director of Student Success at Lakehead University. “We offer career exploration services, résumé reviews, job preparation, and essentially we are supporting students as they start to think about what kind of career they want to have after the graduate and connecting them with employers in the community and beyond.”

Prior to the Career Zone opening, students were able to access similar services on campus, but having a physical and visible space has been very beneficial so far.

“What this really gives us is a space where students can come and ask those questions,” Lewis said. “It increases the visibility of career services on campus and makes them more accessible and easier for students to take advantage of.”

Lewis added that students can often be very busy with their studies but are still interested in what is going to happen when they graduate, so it’s important to make that transition a simple one.

For Michael Nitz, who graduated from the business program at Lakehead in 2004, having the Career Zone would have been very beneficial in helping him find a career after graduation.

Nitz added that there can sometimes be a disconnect between students, particularly those from out of town, and the opportunities that exists in a community.

“Sure students can go online and search it themselves but what is the community doing to embrace students in talking about future opportunities,” he said.

The Career Zone has been in development for several years and has already been serving students before its official launch.

“We’ve been amazed by the response of students already,” Lewis said. “The doors have been open for some time testing out the programs and welcoming students into the space. We’ve had an enormous response, students interested in resume review, interested in finding out more about employment opportunities and really taking advantage of the services. There really has been an increase in traffic because of the physical space.”

Lakehead U researcher receives grant for new breast cancer detection system
Jan 16, 2020 10:00 AM
Comments
We welcome your feedback and encourage you to share your thoughts on this story. We ask that you be respectful of others and their points of view, refrain from personal attacks and stay on topic. To learn about our commenting policies and how we moderate, please read our Community Guidelines.