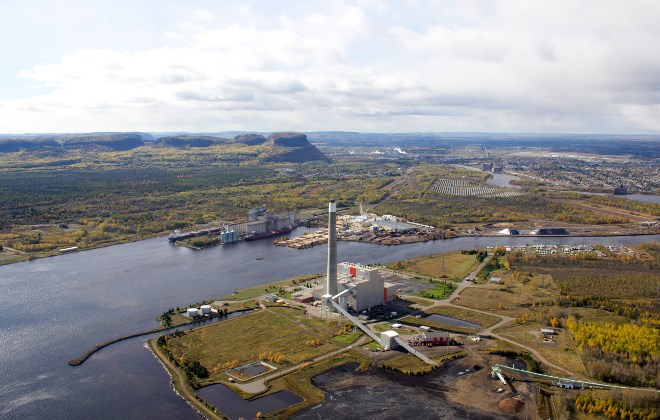 In a news release, the OPG said “significant corrosion damage” was found at the generating station’s boiler in May, rendering the plant non-operational, and it’s been idle ever since. The province estimated repairs would cost $5 million.

“Because of the high capital repair costs, high operational costs and limited time remaining on the IESO contract for Thunder Bay Generating Station, OPG and IESO (Independent Electricity System Operator) determined that shutting down the station now is in the best interests of electricity customers,” the news release said.

The OPG emphasized that none of the plant’s 70 employees would lose their jobs as a result of the closure, although some will be redeployed to other facilities.

The Thunder Bay Generating Station is known as a “peaking plant,” meaning it’s only used during peak times of energy use, when the provincial grid needs additional power to meet demand.

Brayden Akers, a spokesperson with OPG, said since 2014, the plant has only run 10 days in total.

“The IESO is responsible for system planning and capacity,” he noted, “but there is a significant overcapacity in the northwest, and that’s why this plant was called upon so little. It was never really on.”

Should the boiler be repaired, the province said that, based on an historical annual average of operational days, it would only be used for about two and a half days per year.

Meanwhile, the repairs would take about six months, leaving just one year remaining on the supply contract with the IESO, which expires in 2020.

Located within city limits, next to the Lakehead Region Conservation Authority's Mission Island Marsh, the station was first placed into service in 1963 as a coal-burning facility, producing 326 megawatts (MW) of power. It was the oldest of OPG's thermal electricity-generating stations and the last in the province to burn coal.

Following the Liberal government’s vow in 2013 to phase out all of the province’s coal-fired plants, the Thunder Bay Generating Station was shut down and, by 2015, had been converted to a biomass-fired facility, with the capacity to produce up to 306 megawatts of power, at a cost of $5 million.

Before the boiler failure, the plant was burning torrefied wood pellets imported from the Norwegian company Arbaflame.

As the plant has already been idle for two months, Akers said it won’t be put on layup, but instead the OPG will move forward with a plan for decommissioning the plant and any future use of the land.

“It’s too early to say, but we would definitely have a conversation with the municipality and local stakeholders to determine what the land would look like in the future,” Akers said.

He estimated that consultation process could start in January, but didn’t have an immediate timeline for when demolition might begin.

The province went through a similar process when it decommissioned the Nanticoke Generating Station, located in southern Ontario on the shores of Lake Erie, in 2014. Akers said a buyer was sought for some of the plant’s components, but “we couldn’t find anyone to buy it.” Demolition of the plant started just this year.

Although the Thunder Bay facility’s age makes it equally unlikely there would be any potential buyers for the plant or its individual components, Akers said there could be an opportunity to sell it for scrap metal.

“But we’re not there yet with Thunder Bay,” he said.

In the meantime, the power authority is in talks with employee unions to find new work for those workers who will be displaced by the closure.

Akers said, of the 70 people employed at the plant, 45 support the biomass operations, while the remaining 25 support the hydro end of the business.

Those employees supporting hydro operations won’t be largely impacted by the change – although they may be relocated to another OPG facility in Thunder Bay – but the 45 who support the biomass operations will be uprooted and moved elsewhere.

“We’re in conversations with the unions about those redeployment opportunities,” Akers said.

OPG estimated the shutdown would save Ontario electricity customers $40 million, and touted the move as an effort to “help reduce all Ontarians’ electricity bills by reviewing operations to keep costs low for customers.”

“We’re owned by the government, and it’s unjustifiable for an investment to be made into a plant that runs so little and only has one year left on its contract, and would cost, in repairs, an additional $5 million to be online,” Akers said.

“So this is really about saving money for electricity customers.”

Akers added that there would be no change to operations or jobs at the 205-megawatt Atikokan Generating Station, 200 kilometres west of Thunder Bay, which was also converted to biomass in 2014.