Dave Black says the Thunder Bay plant's turnaround leaves it in a good position for future orders
Jul 28, 2020 11:15 AM By: Gary Rinne 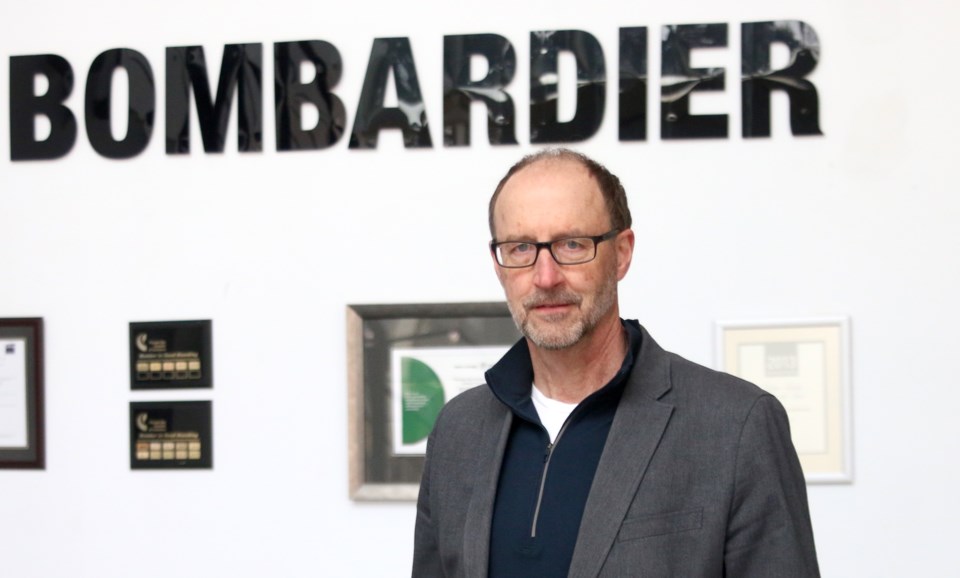 Dave Black is going back to Plattsburgh, N.Y., after nearly three years as general manager of Bombardier Transportation's plant in Thunder Bay.

Black will be replaced at the local plant next month by Lindsay Fenton, who currently holds the post of director of technical services.

His various roles during a lengthy career at Bombardier included about a dozen years at its facility in Plattsburgh, prior to his assignment to Thunder Bay – his second tour of duty in the city – in 2017.

In an interview with tbnewswatch.com, Black said he had expected to be reassigned to the U.S.at some point.

"My time here has pretty well been completed. I was here sort of on assignment for awhile. This site is doing very well now," he said.

Black reflected on challenges the Thunder Bay plant was dealing with when he arrived.

"We were late on our deliveries, we were having quality issues ... mostly supply chain issues both external and internal, and a few operational issues on the site, but the supply chain issues were fixed, then the internal issues in the operations, just by doing things a little differently. We were able to turn it around," he said.

Noting that the plant was ultimately able to meet all its commitments, he said that "on the bilevel car for Toronto, we shipped more cars in 2018 than the plant ever did. We also shipped more light rail vehicles than any previous years. We build LRVs in that site now faster than anybody else builds LRVs in Bombardier."

Black said there's a big contrast between the time when "the TTC was not happy with us" to customers' current satisfaction level.

Recent orders include three contracts for a total of 39 bilevel cars for the U.S. market.

But Black said that although the U.S. is a growth area for the Thunder Bay plant, its "critical mass" remains the Canadian market.

He believes he's leaving Thunder Bay when the plant is in a good position to receive new orders to supply the mass transit needs of the Greater Toronto Area.

"There is a 60-car LRV order that is out there, and that's one we are working on, and that's what brings the workforce back... when we get thse big orders that have cars that have a lot of 'build,' a lot of hours in it. That recalls a lot of people. In fact, our line is still set up. We have kept it up because we're hoping to get that," he said.

He's confident of the plant's future under Fenton, whom he described as "very skilled."

"We have a new leader who is going to be able to support the plant. She is local, and her main focus will be to continue the work that we've done in the past, and grow the site, and bring more work in. She has no other agenda than keeping the site going."

Black said the layoff of hundreds of workers last year was not due to the performance of the plant, but simply because contracts were completed.

Since those contracts have wound down, he said, Bombardier has brought some people back that weren't supposed to be working, because the company has moved more projects into Thunder Bay.

"We have a Metrolinx LRV contract. We are working with one of our other sites and we are helping to complete that way. We are building roof units, we are building bogies, we are doing a lot of the finishing activities. And we have the ventilators. The site is well-respected for what they do now, and gets work because of the way they perform now," Black said.

Recalling how warmly Thunder Bay welcomed him and his wife when they returned a few years ago, he said the plant and its workforce were just as receptive.

"They welcomed both of us into the site. They get engaged and get involved. They want to see the site succeed. This is a great place to work and live."