A keen eye for gold in Atikokan 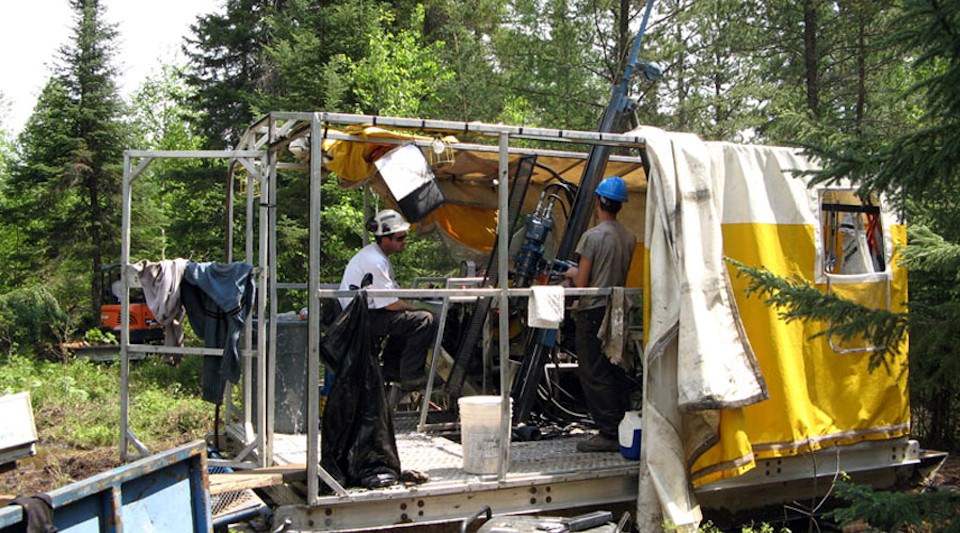 Atikokan has become hot property for one Vancouver junior miner in its search for gold.

In a July 23 news release, the company has acquired 7,477 hectares to grown its land position to almost 10,400 hectares.

Falcon has cozied up to Agnico Eagle by assembling a group of claims to the north and south of the mining company's dormant Hammond Reef gold deposit.

Hammond Reef has a measured and indicated resource of 4.5 million ounces of gold.

Falcon's southern claims group runs along a 25-kilometre length of a geological structure called the Quetico Fault. The northern claims are 3.5 kilometres north of Hammond gold zone where Falcon said there is a convergence of three or more zones that appear to be splays running northeast off the Quetico Fault.

The Atikokan area has a rich mining history that dates back to the mid to late-1800s. But Falcon notes in its release that there's little data available to put together a complete geological picture of the camp. Falcon is combing through archives and historical journals to piece together a database.

Falcon's acquisitions were based on forgotten gold, silver, copper and zinc targets identified by previous explorationists that were found on the Ministry of Energy, Northern Development and Mines' online database.

One of these prospects is the Jack Lake gold deposit, first discovered in 1878, and later determined in 1946 to harbour almost 45,000 ounces of high-grade gold at an average grade of 15.2 grams per tonne. Agnico Eagle covers the Jack Lake claims.

At Falcon's originally sized Central Canada Project, 21 kilometres east of the town of Atikokan, a drilling program is underway.

The property contains the former producing Central Canada Mine. A shallow shaft was sunk there at the turn of the last century before a namesake company arrived in the early 1930s to drive a 45-metre shaft and developed some underground drifts. A 230,000-ounce gold resource was outlined with an average gold grade of 9.9 grams per tonne.

The mine ceased to operate at the height of the Great Depression in 1934 when Central Canada Mines ran into financing issues.

In its release, Falcon expressed confidence that, as one of the area's largest land holders, there is the possibility of generating a mineable asset that would be attractive to a major mining player.

“Our company now controls a combined 51 kilometres of strike length along the Quetico Fault Zone and its major northeast trending splays such as the Marmion Fault zone," said Falcon CEO Karim Rayani in a statement.

"Our original Central Canada optioned ground and the new staking combine to make Falcon one of the largest land holders in the mining camp second only to Agnico Eagle Mines. We fully intend to continue to aggressively identify lands worth staking where our technical team identifies high potential gold targets and solid gold occurrences in Atikokan area.”

Along with the Atikokan holdings, Falcon has a joint venture gold property in Red Lake with International Montoro Resources, has 49 per cent ownership in a gold property with IAMGOLD near Sudbury, and owns two gold claims near Merritt, B.C.