You spin me: First roundabout in Sudbury's history opens today

Located at entrance of Collège Boréal, it's the first of three to open as part of Maley extension
Nov 25, 2019 12:00 PM By: Darren MacDonald 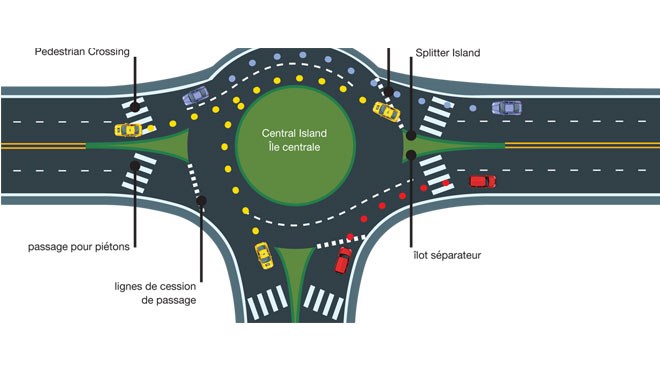 As the $80.1-million Maley Drive extension in Sudbury nears completion, the city is preparing to open the first roundabout in its short history.

Located at the entrance of Collège Boréal in the city's north end, the first of three roundabouts will open at noon on Nov. 25, the city said in a news release.

“Traffic signals that currently direct vehicles, cyclists and pedestrians will be removed before the roundabout is opened on Monday,” the release said.

Two more are slated to open – one on Barrydowne Road at Maley Drive, and one on Maley Drive at Lansing Avenue – as part of the Maley Drive extension, which is slated to open to traffic before the end of 2019. Some finishing work will continue into 2020. The project is on time and on budget, the release said.

For anyone who has never used a roundabout, the city made an instructional video to help explain how they work. You can view that video below.

Briefly, drivers should slow down as the approach the roundabout, yield to vehicles already in the roundabout, signal which you want to turn as you approach, wait for a gap in traffic to safety enter, watch for traffic signs, and enter the correct lane.

Passing other vehicles is not allowed, and drivers must yield to pedestrians in crosswalks.

The city lists several benefits of roundabouts compared to traditional intersections, including:

Information was sent out to all residences in Greater Sudbury to help motorists, pedestrians and cyclists understand how to properly use roundabouts. Additional educational material can be found at greatersudbury.ca/roundabouts.