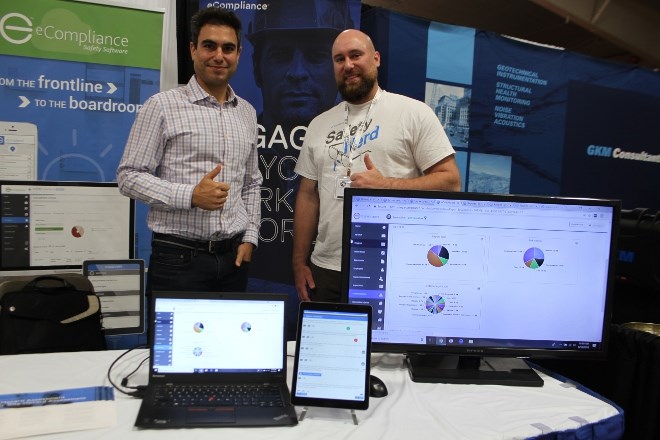 An ongoing study into workplace safety is proving the old adage that it's better to be proactive than reactive.

A study by Toronto-based eCompliance shows that the more an employer encourages safety among employees, the fewer accidents it experiences.

It sounds logical, but further analysis is showing other positive results for those companies that actively participate and increase their safety performance.

The next phase of the study is focusing on the types of participation for the safest rated companies.

“The data analysis hasn't stopped, and we want to talk to researchers and thought leaders,” said Calvin Benchimol, director of corporate strategy. “We want people and businesses to be honest with us, as well as for businesses to encourage their employees.”

So far, the data is continuing to show the more employees are encouraged to own responsibility for their company's safety, the more often they are proactive in maintaining and improving it.

They plugged that data into programs that showed the correlation between the number of employees actively participating, what activities they were performing, and the number of incidents.

The participating companies were separated into quarters based on participation.

Those in the top quarter had a significant difference in proactive reporting rather than reactive, strengthening the overall safety culture.

Employees were more likely to want to report hazards they uncovered.

These findings were originally presented at the North American Mining Expo last September in Sudbury.

In part two, eCompliance analyzed the top quartile actions in comparison to the bottom quartile as well as the top half versus the bottom half to see what traits/actions were done differently.

In the top quartile:

The top half of companies compared to the bottom:

“The best companies sustain this,” Benchimol said. “They actually get involved and identify risk.”

The hope is to get employees to become responsible for their own safety culture and pass it along.

The idea is to have businesses encourage employees to be honest and reward their honesty, rather than punish when accidents and problems arise.

Part of the success formula is to select a safety leader, a person who will be the one to take charge of encouraging the rest of the employees to adopt a different mindset.

It also requires the daily practice of reporting and activities to keep interest in safety alive.

Some of those actions may seem mundane at first, but over time employees develop a heightened awareness of what needs to be done to improve safety.

While eCompliance offers a software suite for data collection and comparison, Benchimol stressed this is not a sales pitch but an ongoing study into how safety culture is adopted.

All eCompliance does is provide a tool that makes it easier to report from the frontline and for management to gather data and respond accordingly.

Benchimol did not divulge specific companies due to privacy concerns, but did say around 17 per cent of the software's clients are based in the Sudbury region.

Going forward, he said they will start using benchmarks to gauge safety culture across the country.

The study can be viewed at https://www.ecompliance.com/blog/see-what-the-safest-companies-in-the-world-are-doing-right/