Teaching the finer points of hospitality 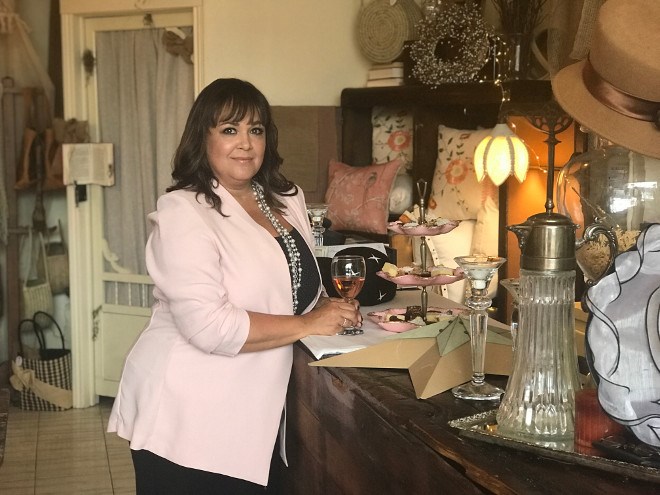 “My brother and I can be competitive. As much as we say we’re cooking together, who are we kidding?” laughed Piché. “It’s sibling rivalry at its finest.”

Piché and her brother both had a passion for food growing up, but only she turned it into a career when she launched a catering company in 2006, funneling that competitive energy into profits. And now, the marketing professional turned dining expert has launched her second food venture, the Legacy Service Academy.

The Sudbury hospitality school will deliver lessons from a diverse range of experts – from sommeliers to specialists in regional cuisines from around the world.

With more than 10 years of catering under her apron belt, Piché isn’t new to teaching. Nine years ago she started running cooking classes at a local store called Kitchen Bits, and as time went on, she realized it wasn’t slowing down; there was demand for even more classes.

“I think the trend right now is for experiencing: people want to experience things that are more genuine and interactive, they want to be involved in things,” explained Piché. “They don’t just want to read a recipe online.”

She’s run everything from French and Italian cooking classes to sushi demos to wine-pairing nights, and for audiences from bachelorette parties to corporate groups.

Piché won’t be running the academy alone though – she’ll be getting a little help from her friends.

“As much as I know, I’ve never said I know everything. I have a lot of friends in the industry who have all said they’d love to teach classes, and they have their own experience and expertise,” she said. “I’m basically being the party hostess.”

One of her instructors, Cynthia Loiselle-Seguin, is an event planner and Shopify leadership trainer, who will teach some business- and personal growth-centred classes.

Loiselle-Seguin has first-hand experience taking classes like the ones she’ll teach.

“I love the idea of ‘experiential learning’ as entertainment. My husband and I have enjoyed date nights where we learned how to do a thing – whether it was making macarons or learning how to barista,” she said.

While many of the classes will appeal to home cooks, Loiselle-Seguin and Piché also think the academy will meet a need for more professional training within the city.

“Small business owners are so busy, and training is so expensive to provide for their teams,” said Loiselle-Seguin. “New entrants to the industry are looking for skills training – and who better to receive that training from than those who have actively worked in and run businesses in the field?”

The first few classes, which started in September, feature a range of topics, from “So You Want to Be a Server?” to “Starting a Catering Business” to “Tour of France: Food & Wine Pairing.”

While there won’t be any official accreditation for the academy, their server training will equip attendees with Smart Serve – the training that is required to serve alcohol in Ontario – and a range of other skills.

Ultimately, Piché said the classes will appeal to everyone.

“I really want to have it so it’s not specifically for people to the industry,” added Piché. “Every class, whether you’re working in the industry or not, there’s something for you.”

But don’t worry, there won’t be any Food Network-style aggression there. While Piché and her brother might get competitive in the kitchen, it sounds like the academy will be significantly more peaceful than their shared kitchen.