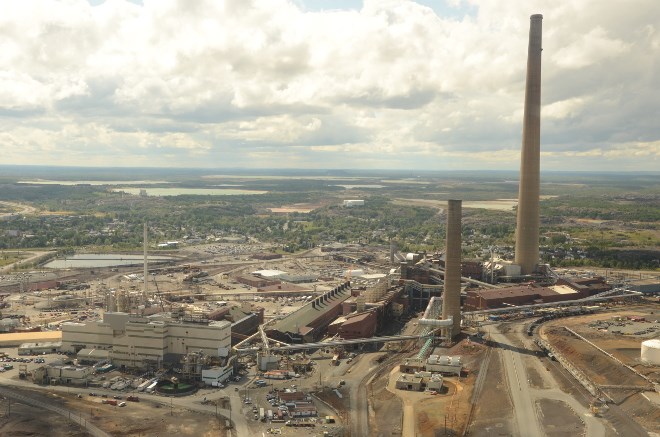 Brought into service in 1970, the Sudbury Superstack will be taken out of use by mid-2020, according to Vale.

Due to the significant reduction of atmospheric emissions at Vale’s operations in Sudbury, Ontario, today Vale announced its plans to take the 1,250 foot (381 metre) structure out of service by the second quarter of 2020.

The Superstack will be replaced with two smaller and more efficient 450 foot (137 metre) stacks.

"We are proud to be reducing emissions to a point where the Superstack is no longer required,' said Stuart Harshaw, vice-president of Vale’s Ontario Operations, in the release.

"Taking the Superstack out of service is a great symbol of how far Vale has come in terms of shrinking our environmental footprint and making Greater Sudbury a better place to work and live."

The two smaller and more efficient stacks will require far less energy to operate than the Superstack, which will reduce greenhouse gas emissions from Vale’s Copper Cliff Smelter by approximately 40 per cent.

At the same time, Vale’s Clean AER Project will reduce particulate emissions by 40 per cent and dramatically reduce SO2 emissions by 85 per cent.

This savings is equivalent to the average fuel consumption of approximately 17,500 homes, or approximately 1/3 of all the households in Greater Sudbury. Construction of the two new stacks will begin in early 2017 and will take approximately two years to complete.

The Superstack will be placed into care and maintenance mode in the second quarter of 2020 as extensive study is conducted to determine the best way to safely and carefully demolish its concrete shell.

There is no immediate need for the shell to be demolished and it is expected to remain a part of the Sudbury skyline for several years to come.

Vacationing Vale employee tests positive for COVID-19
Apr 3, 2020 7:44 PM
Comments
We welcome your feedback and encourage you to share your thoughts on this story. We ask that you be respectful of others and their points of view, refrain from personal attacks and stay on topic. To learn about our commenting policies and how we moderate, please read our Community Guidelines.