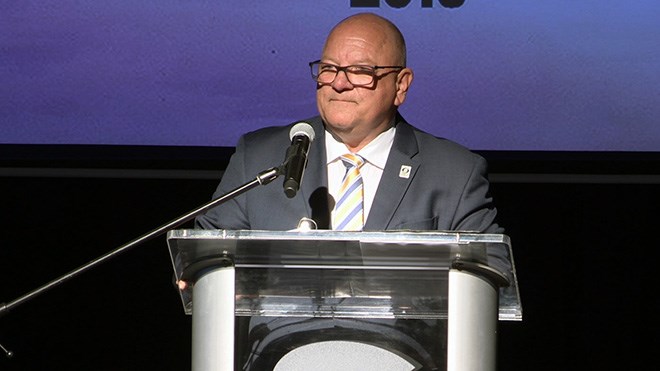 The battle between Mayor Brian Bigger and the Greater Sudbury Development Corp. ended quietly on Nov. 26, with the mayor withdrawing his motion to replace the group's board of directors.

Bigger introduced a motion last June that would have put city council directly in charge of economic development, with advice from a “select cabinet” newly appointed by council.

The mayor initially said the move was part of his reelection promise to be more directly involved in economic development, but as reported by Sudbury.com, Bigger had concerns about the way the board was operating.

As an independent corporation, the GSDC board could close meetings to the public with few restrictions. City council, however, can only close meetings to discuss personnel, labour negotiations, to buy or sell property or to get advice from legal counsel.

Sources told Sudbury.com the board had decided during a closed door meeting to apply to upper levels of government for a $3.5-million grant to conduct a feasibility study – an application the rest of city council was not aware of.

The study was intended to examine the possibility of removing the downtown rail tracks, a study councillors decided against funding in 2013 because it would costs hundreds of millions of dollars and CP had no interest in paying for it.

This time, however, a private developer had expressed interested in building a convention centre downtown. But the study assumed Sudbury Arena would remain downtown, contrary to city council's decision to relocate it to The Kingsway.

After delaying his motion until July, and then September, the makeup of the board changed and a new chair was appointed, Andrée Lacroix, a partner at Lacroix Lawyers/Avocats.

On Tuesday, Bigger said he brought forward the motion because he was concerned the board was “moving in a direction that would be less effective,” removing council oversight and pursuing “ideas and partnerships” outside of council’s knowledge.

But since Lacroix took charge, the mayor said they have been working well together, to the point that he's confident he can work with the GSDC chair to ensure “council will have confidence in the direction of the GSDC.”

“I have a lot of confidence in Ms. Lacroix as chair,” Bigger said. “I believe the conversations have been very productive.”

A new agreement between the GSDC and city council is coming sometime after the Christmas holiday, he added, and his motion was formally withdrawn.