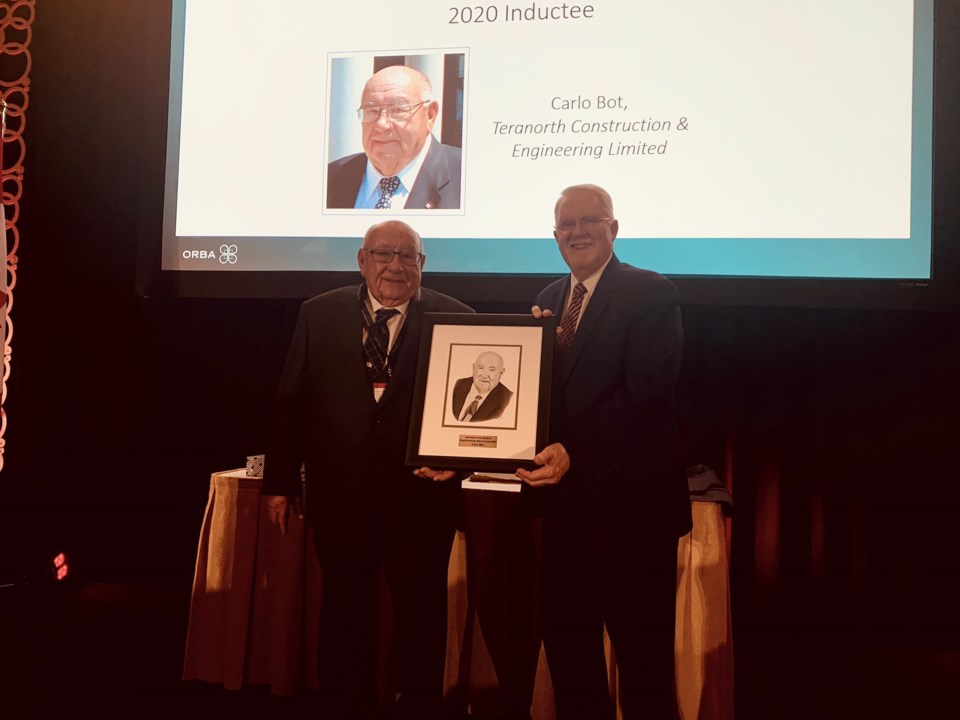 Carlo Bot (left) was inducted into the Ontario Road Building Hall of Fame on Feb. 4 in Toronto. Bot is the chairman and a cofounder of Teranorth Construction & Engineering Ltd. in Sudbury. (Supplied photo/ORBA)

Carlo Bot, cofounder and chairman at Sudbury’s Teranorth Construction & Engineering Ltd., has been recognized for his contributions to the road-building industry.

The ORBA considers induction into its Hall of Fame as its highest honour.

In a news release, Bryan Hocking, ORBA’s chief executive officer, said its members represent those who build the backbone of Ontario’s transportation infrastructure.

“These individuals and companies are a valuable asset to the Association and industry through their hard work and dedication to excellence,” he said.

“Their contributions have had a positive impact on not only the road building industry, but also within the communities in which they serve.”

Teranorth was founded by Carlo and his son, Jim Bot, in 1992.

The company, which specializes in road and bridge construction, municipal infrastructure, and site development, has focused much of its work in Northern Ontario through its 28 years.