Darby Allen will speak about his experience evacuating Fort McMurray during the 2016 wildfires.
Mar 27, 2019 2:00 PM By: Northern Ontario Business Staff 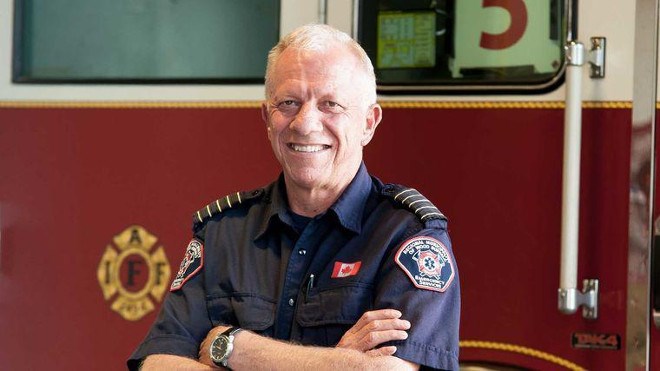 Former Fort McMurray fire chief Darby Allen, a motivational and crisis leadership speaker, will be a keynote presenter during the 21st annual Mining Health and Safety Conference in Sudbury this April. (Supplied photo)

The fire chief who spearheaded the evacuation of Fort McMurray, Alta., during the devastating 2016 wildfires will lead the roster of guest speakers during the 21st annual Mining Health and Safety Conference in Sudbury this April 9-11.

Darby Allen uses his experience from the Fort McMurray wildfires as an example to speak about how to stay strong and lead with compassion during times of crisis.

He’s one of several keynote speakers slated to present during the conference, whose theme this year is “Preparing for High-risk Emergencies in Mines,” which will also celebrate the 90-year anniversary of Ontario Mine Rescue.

Other guest speakers will include:

The conference will also include a mine rescue industry panel, plenary sessions, and an exchange tradeshow.

The event will be capped off with an awards safety luncheon, recognizing achievements in mining health and safety.

The conference is presented by Workplace Safety North, the only independent not-for-profit safety association based in Northern Ontario, which provides province-wide, government-approved workplace health and safety services for mining and forest products sectors, as well as for businesses and communities across Northern Ontario.

Sudbury mining execs recognized in book of global sector safety leaders
Nov 19, 2020 11:02 AM
Comments
We welcome your feedback and encourage you to share your thoughts. We ask that you be respectful of others and their points of view, refrain from personal attacks and stay on topic. To learn about our commenting policies and how we moderate, please read our Community Guidelines.