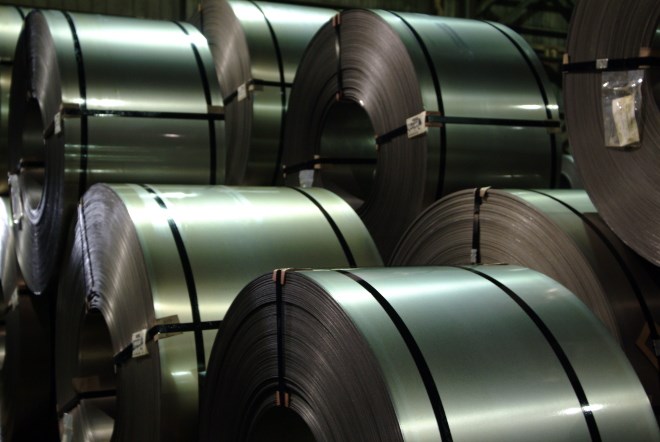 The Canadian government announced on May 17 that tariffs had been lifted on steel imported to the U.S. (File photo)

Tariffs imposed on Canadian steel and aluminum imports into the U.S. have been lifted. The Canadian government made the announcement on May 17.

The tariffs – 25 per cent on steel and 10 per cent on aluminum – were imposed last June 1. At the time, the U.S. said the tariffs would help combat the flow of Chinese steel into the U.S.

“Our government has worked tirelessly to protect Canadian steel, and the Sault was instrumental in seeing the end of these tariffs,” Sheehan said in the release.

“I have to sincerely thank Prime Minister (Justin) Trudeau and Minister (Chrystia) Freeland for taking the concerns of Saultites seriously, and getting the job done.”

Freeland visited the Algoma Steel plant in Sault Ste. Marie last month to speak with steelworkers about the tariffs.

Algoma Steel welcomed the announcement, suggesting the change meant a return to "a fair and just steel trade position within a fully integrated North American market."

“Today’s announcement provides our customers with the confidence that Algoma Steel remains their partner in steel," Algoma Steel CEO Mike McQuade said in a release.

"I extend our sincere thanks to the current government, who, under the leadership of Prime Minister Trudeau and Minister Freeland, have recognized the critical role of the steel industry in Canada.”

The company said it would continue to participate in the Trade Remedy Consultation process to "prevent dumped and subsidized steel and transshipments from disrupting Canadian and U.S. markets."

Sheehan, who co-chairs the All-Party Steel Caucus, said he and fellow MPs met with U.S. officials last week to discuss the impact of the tariffs on both sides of the border.

After the U.S. imposed the tariffs last year, Canada responded with $16.6 billion in counter-tariffs, on items such as orange juice, ketchup, and toilet paper.

“U.S. industries rely on Canadian steel just as much as we rely on them. We import things like coal and iron to manufacture steel, and then we export our steel back to the US so they can make the things they need,” Sheehan said.

“The tariffs have been hurting this system since day one, and I’m glad our American counterparts are finally recognizing that. A free steel trade means job creation for Saultites, and I will always fight for that.”

It’s expected that the lifting of the tariffs will help make way for a new North American trade agreement.