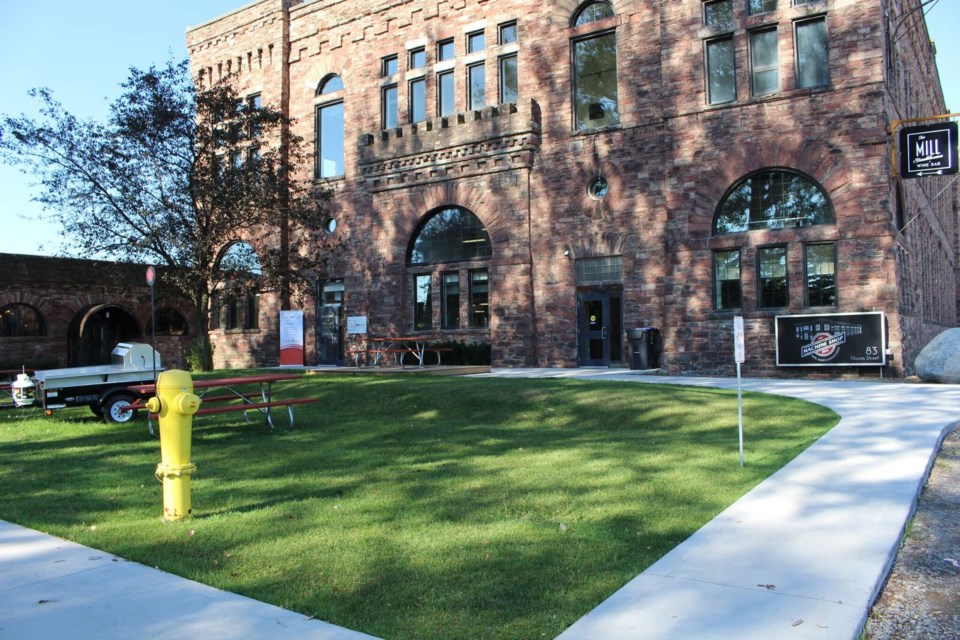 A new tourism initiative is planned for the site of the former St. Marys Paper mill site in Sault Ste. Marie, which will build on the work already done by Tony Porco in developing The Machine Shop, a restaurant, pub and event facility. (File photo)

A former industrial paper mill site in Sault Ste. Marie is getting a makeover to become a new centre for tourism.

Plans are in the works to transform the site of the former St. Marys Paper mill, which ceased operations in 2011 and is now known as ‘The Paper District,’ into an expanded tourism area, which would feature a new Agawa Canyon Tour train station, an exhibit centre and gallery, a microbrewery, and an outdoor event centre.

The attractions would aim to complement The Machine Shop, an adjacent building that includes a restaurant, pub and event facility.

The project is being undertaken as a joint initiative between the Sault Ste. Marie Economic Development Corp. and Tony Porco, who owns The Machine Shop and SIS Group, a manufacturing firm serving a variety of industries.

The province announced $5 million in funding for the initiative on March 22.

“We thank the province for funding this project at the Paper Mill District in support of building Sault Ste. Marie as a tourism destination," said Dan Hollingsworth, executive director of the Sault Ste. Marie Economic Development Corp., in a March 22 news release.

“We are pleased to partner with the SIS Group on this exciting investment that will bring more visitors to our community and region.”

The St. Marys Paper mill buildings have stood on the shore of the St. Mary’s River since 1899. After the mill went into receivership and ceased operations, the site was cleared of debris and work began to preserve and repurpose the five original buildings on site, which are revered for their sandstone walls, timbered ceilings and turn-of-the-century ironworks.

In addition to The Machine Shop, the site boasts the Millworks business incubator and is the home of the Algoma Conservatory of Music.

"As a proud lifelong resident and an entrepreneur in Sault Ste. Marie, I am pleased to help grow the tourism sector and provide opportunities here in our community,” Porco said in the release.

“I thank the Ontario government for supporting our vision for the development of the Paper Mill district.”

The new initiative is expected to create eight new full- and part-time jobs.