Sault developer has the right 'STUFFF'

Northern-developed lubricants sliding into shops across the region
Mar 31, 2017 8:30 AM By: Lindsay Kelly 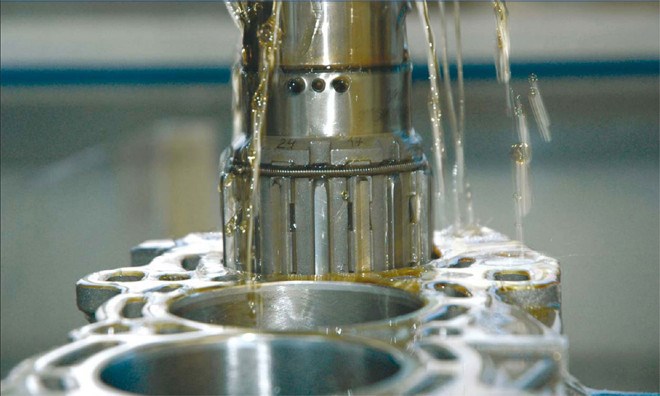 Canola oil is the main ingredient in STUFFF Lubricants, a line of products developed in the North that boasts solvency, lubricity and environmentally friendliness amongst its attributes. (STUFFF photo)

In December 2013, three months after Bill Betournay and Viktoria McLea moved into their new home on St. Joseph Island, outside of Sault Ste. Marie, they got their first bill for the oil tank — a whopping $1,500 — and that got Betournay thinking.

Before long, he had built a processor in his garage and was heating his house at significantly less cost.

But it was when he ran out of lubricant one night while working on his truck that Betournay hit upon his real eureka moment.

Substituting his biodiesel for his regular lubricant, he noticed how slick his tools became.

“I was having a hard time picking up my wrenches and my sockets, it was so slippery,” Betournay said.

“I couldn’t hold on to anything, and that just sparked everything.”

Canola oil, he discovered, had high levels of lubricity and insolvency, and no patents existed for the use of canola oil as a lubricant.

That set the wheels in motion for Betournay, who has come up with STUFFF Lubricants: a line of non-toxic, environmentally friendly lubricants and coatings to be used in the shop, for firearm maintenance, on asphalt, with cutting tools, for dust control, and on ice.

Betournay starts with used fryer oil that he collects from area restaurants — roughly 50 in the summer months and 20 during the winter.

It’s economical for him because it’s free of charge and a benefit to restaurateurs who would otherwise have to find other methods of disposing the waste oil.

“We only collect canola, which works in our favour, because most restaurants use canola anyway for the health benefits,” he said.

“Canola is one of the healthiest frying oils that you can use to cook with.”

Growing up in mechanic shops and spending time as a truck driver, Betournay had seen mechanics elbow-deep in petroleum-based products and believed there had to be a healthier alternative. If he wanted to use something less toxic, then he figured others must be seeking the same thing.

“You can work with it all day long and you don’t have to worry about contact,” Betournay said.

“You’re not absorbing harsh chemicals into your skin. Those are the big draws to it.”

But aside from the health benefits, “the stuff really works,” which is the real selling point, Betournay said.

He’s heard from customers who have started using it beyond its intended purposes, such as mixed with gasoline for outboard motors.

“I don’t know if you want to use it as undercoating on the car, because it’ll creep into all the nuts and bolts and your car’ll fall apart,” he joked. “It creeps really well, and it really gets into every little nook and cranny.”

The only negative comment he received is that the oil can smell like French fries when it’s heated. He contends it’s a minor complaint in comparison to the benefits of using a healthy, effective product.

This past summer, Betournay and McLea secured distribution contracts with Maslack and some Home Hardware stores across the North, in addition to some independent retailers.

Their new goal is to get STUFFF products in Home Hardware stores right across the country, in addition to securing industrial distributors in the North.

STUFFF currently has one distributor in Michigan, and Betournay has his eye on further developing the U.S. market.

In February, he and McLea participated in an hour-long interview on Chrome & Steel Radio, an online radio station popular with long-haul truckers. At the end of March, they’ll attend the Mid-America Trucking Show in Louisville, KY — their first tradeshow — where they’ll promote the brand further.

Betournay and McLea are currently working on developing their STUFFF products while still both working full-time jobs.

Last year, they hired a full-time salesperson to market the products, and eventually, they, too, hope to focus on STUFFF full time.

The couple received support from the Sault Ste. Marie Innovation Centre, and the company earned the innovation centre’s Company of the Year Award for its work.

Perhaps the biggest compliment to their work is the reviews that have been spreading like wildfire amongst professional mechanics and weekend gearheads alike.

“Everybody that uses it comes back with rave reviews; they love it. It works really well,” Betournay said. “There are other products on the market that work as well, but we do it in a safe, environmentally friendly manner.”