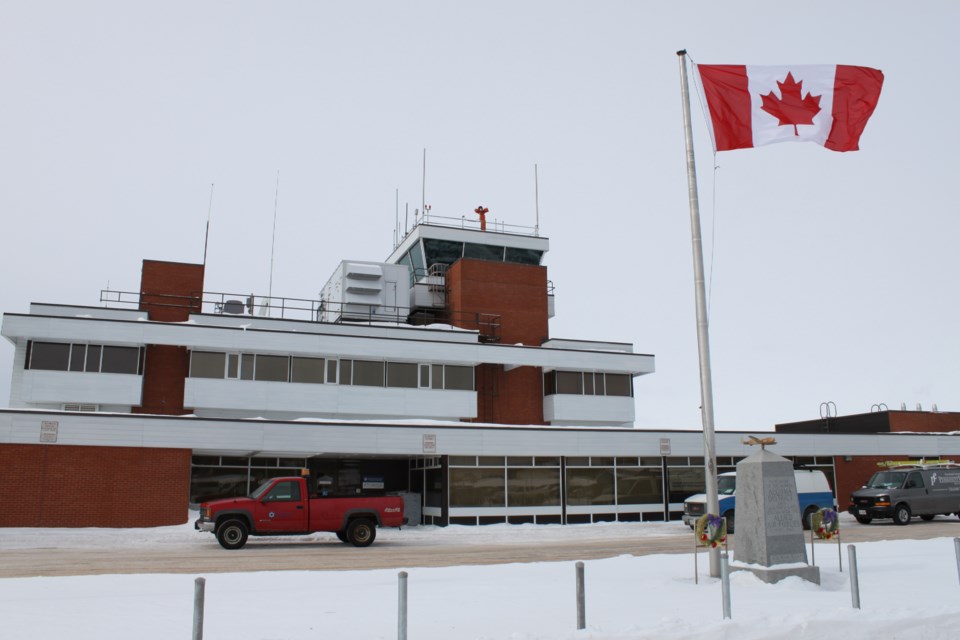 A major expansion is planned for the Sault Ste. Marie Airport, which will include upgraded water and sewer amenities, a redesigned parking lot, a new hotel, and potentially a flight-training facility. (File photo)

Some big changes are on the horizon at the Sault Ste. Marie Airport, which could bring new parking and accommodation options for travellers to the city.

The Sault Ste. Marie Airport Development Corp. is planning a $5-million, multi-stage upgrade of airport amenities, which include a redesign of the parking lot, the construction of a new hotel, and potentially the attraction of a new flight-training business to the airport.

But first, to accommodate the expansion, upgrades are needed to its water and sewer infrastructure, said Terry Bos, the development corporation’s president and CEO.

“(The project is) going to involve a major expansion to our water and sewage,” Bos said. “We're currently at capacity and we're looking to expand.”

At the time, the government said two new lease agreements and a business expansion project were contingent on the upgraded site services.

Should the expansion projects go forward, an estimated 100 full-time jobs are expected to be created over the short to medium term.

Bos said the city has additionally agreed to provide support through its economic development fund, and the corporation is awaiting word from the Northern Ontario Heritage Fund Corp. for the provincial funding portion of the project.

If all funding is approved, the parking lot and the access road into the terminal would be redesigned as part of the initiative, Bos said.

Further details on the new hotel aren’t currently being divulged, Bos said, but it would be located directly adjacent to the airport.

“The hotel facility is going to be basically right in front of the terminal, so the people who stay at the hotel will be able to basically walk right over to the terminal and catch their flight,” he noted.

Ideally, the airport would also attract a new flight-training operation to the airport, which would be part of a strategy to help prepare more commercial airline pilots for the industry in response to an ongoing shortage of pilots across the country.

Industry estimates indicate Canada will need more than 7,000 pilots by 2025 and that demand will grow.

To prepare for the work ahead, Bos said, engineers are starting the ground work for the water and sewer expansion, and negotiations are ongoing for a lease agreement on the hotel.

“We’ll be ready to roll, and hopefully, our plan is to have our water and sewage expansion and possibly even the parking lot relocation completed prior to March 30, 2021,” he said. “So, within the next fiscal year for us.”