Growing beyond the steel plant 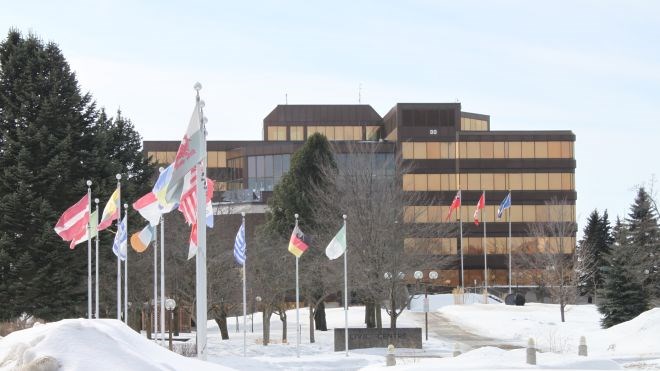 The City of Sault Ste. Marie is currently implementing recommendations from its Community Adjustment Committee, which will help the city diversify beyond one industry.

After an extensive community consultation process, the City of Sault Ste. Marie is moving forward with a plan to help its city grow and diversify beyond steel production.

Recommendations from the city’s Community Adjustment Committee were released in a final report in November, 2017, and are currently in the process of being carried out.

Launched in 2016, the Community Adjustment Committee is a direct response to Algoma (formerly Essar Steel Algoma) filing for protection under the Companies’ Creditors Arrangement Act (CCAA) in November, 2015. It’s the company’s third restructuring since 1993 and is currently ongoing.

Sault Ste. Marie received $200,000 from the Ministry of Advanced Education and Skills Development to fund the venture.

The process allowed the community to “one, get a handle on where we were,” and “two, make recommendations on a path forward,” Vair said.

“The recommendations are in place now, and the community as a whole – because it really is a community plan; we’re working with a lot of people and organizations – are in the next phase of implementing that plan.”

Vair said the committee consulted best practices from other communities around North America, and the four-pillared approach is one that’s been used successfully in other regions.

“Intuitively, it makes a lot of sense,” Vair said. “If your young children aren't able to finish school and learning the skills they need, you don't have the community leaders in the future workforce. If your community doesn't have a vibrant arts and culture scene, then it's difficult to retain or attract people to stay in your community.”

In the past, a major focus was on attracting and retaining jobs to the city, Vair said. That’s still important, but the city now believes that other elements are equally crucial to making the Sault an attractive city for residents, business owners, investors and visitors.

Under the economic growth and prosperity pillar, an emphasis has been placed on information technology and growing the city’s research sector, including capitalizing on its lottery and gaming expertise.

In the social equity category, recommendations call for a better coordination of the delivery of services to residents in the most need.

To build up cultural vitality, the report suggests ways to support artists and cultural initiatives, including marketing the city as a preferred site for film and digital media production.

And under the environmental sustainability pillar, the report recommends expanding on alternative energy technology and engaging businesses to find new opportunities in that sector.

A common theme running throughout the report is that the city has to do an overall better job of promoting the city and what it has to offer, Vair said.

In response, the city has hired the branding and marketing firm Trajectory – using leftover ministry funds – to create a branding campaign around the city, he noted.

“When you go through these restructurings with Essar, people can get down, but there’s a lot to be positive about and a lot of great things going on here,” he said. “We have to make sure people know about that and remind them of that.”

In more than two dozen presentations to groups throughout the community, presented by Vair and Mayor Christian Provenzano, Vair said there’s a “real appetite for change” and people are eager to get involved.

He noted that the recommendations will go hand in hand with some of the other high-priority initiatives being undertaken by the city, including the revamp of its official plan.

As the process unfolds, Vair said the city will continue engaging community stakeholders by launching a Community Development Roundtable, which will include a number of sub-committees and plenty of opportunities for people to get involved and engaged.

“When we looked at past plans and activities in other communities, I think that's often the downfall of these things,” Vair said. “A lot of effort goes into the planning and then it's done and it's passed off onto one organization to try and implement it, and really it does take the whole community in order to move these things forward.”

Vair said the city has committed funding toward the implementation of the recommendations, and applications have been submitted to the Northern Ontario Heritage Fund Corp. and FedNor to try to leverage additional capital. If approved, dedicated staff would be allotted to the project.

The full report is available at www.futuressm.com.