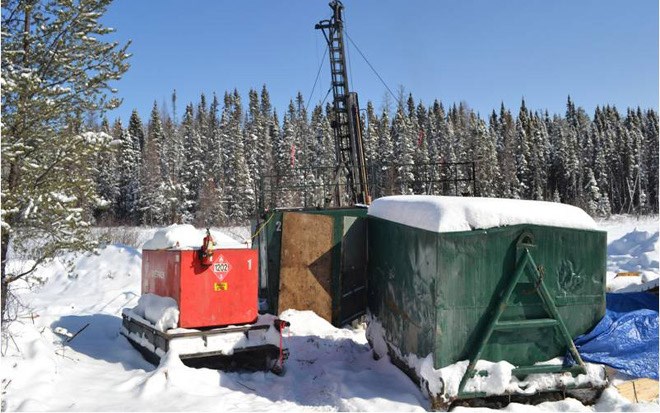 A Timmins gold exploration company continues to build a land base in the Hemlo gold camp in northwestern Ontario.

Melkior Resources announced June 5 that it has staked 163 claim units, spread out over 6,444 acres, in the White Lake area and Bryant Township.

The company has been staking and acquiring claims this year to assemble ground for its White Lake project, located 15 kilometres northeast of the Barrick’s Hemlo Gold Mine.

The total area of the White Lake Project is 11,464 acres and 290 contiguous claim units.

The company said additional staked claims are pending posting by the Ministry of Northern Development and Mines (MNDM) and will be announced shortly.

Melkior’s White Lake property is in the northeastern portion of the Hemlo Greenstone belt which, the company said, “has seen sporadic interest over the last four decades since the Hemlo staking rush.”

Some trenching, blasting and diamond drilling on a portion of its claims resulted in the discovery of the high-grade Carroll-MacDougall gold occurrence in the fall of 1993, which reported assays of up to 1,168 grams per tonne gold, taken by the Ontario Geological Survey.

The company said it’s reviewing all the available historical data on the area and is developing an exploration plan to take the project to the drilling stage.

“Melkior’s presence in the Hemlo area has now been established,” said CEO Jim Deluce in a news release.

“From a preliminary review of the data and onsite observations, striking similarities with the Barrick Hemlo Gold Mine have been observed. Melkior’s White Lake Project is a good example of how Melkior intends to use its exploration dollars to selectively acquire assets of merit at a reasonable cost and through our exploration efforts enhance shareholder value.”

Closer to home, at the company’s flagship Carscallen project, 25 kilometres west of Timmins, they are ready to carry out a 2,700-metre drill program once their exploration permit from MNDM is approved.

Northern Ontario Mining Showcase gearing up for seventh year
Feb 21, 2020 4:00 PM
Comments
We welcome your feedback and encourage you to share your thoughts on this story. We ask that you be respectful of others and their points of view, refrain from personal attacks and stay on topic. To learn about our commenting policies and how we moderate, please read our Community Guidelines.