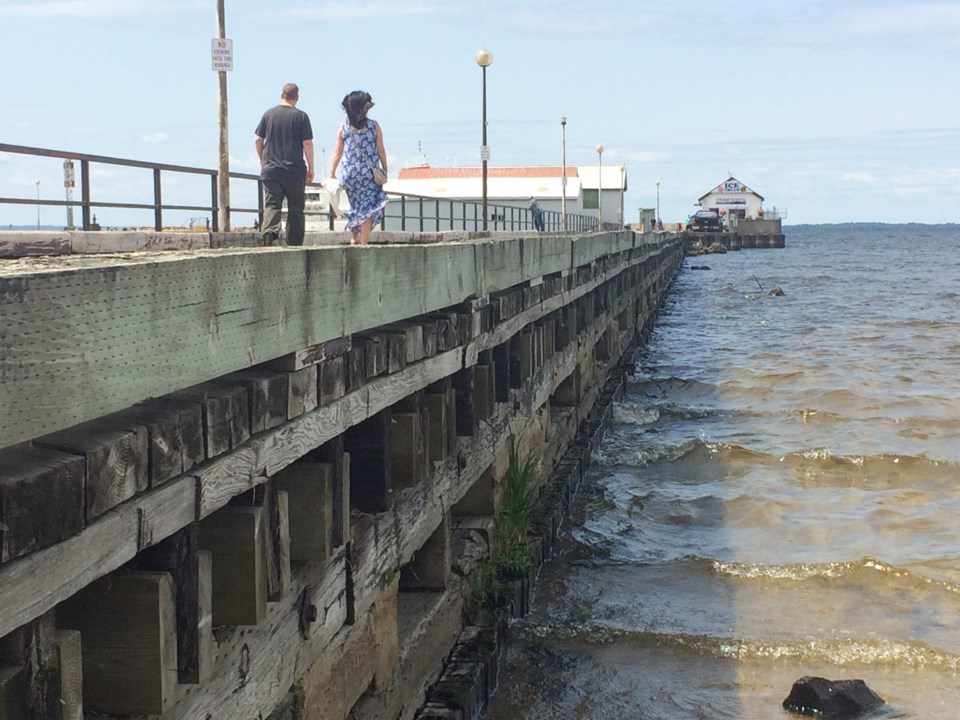 Tourism North Bay’s report to city council reflects positive numbers for 2019, ending the year with close to $220,000 in the bank.

“So, although our contribution was a small part of that, we were still represented there and we were still able to get results from it. That’s an example of the leveraging.”

Dreany says the city outperformed other major centres in 2019.

“For the year 2019, North Bay outperformed Sudbury, Timmins, northeastern Ontario, Northern Ontario, and the province in growth in both occupancy and RevPAR (revenue per available room),”  Dreany said.

“The number 5.4 per cent represents just the growth in occupancy over 2018. RevPAR is revenue for available rooms and it is an industry standard that is used to measure a hotels performance. Here we used it for the entire community and again 9.5 per cent in growth just in RevPAR.”

Dreany went on to say the city achieved 100 per cent of its fair share of the market for the region.

“So, of all the tourists that came into the community, given the number of rooms that we have as a comparative to the other communities, we achieved all of the business we should achieve, which I think is fantastic,” stated Dreany.

“The growth in occupancy in 2019 can best be attributed to the contribution of Pinty’s Grand Slam of Curling, the International Plowing Match, and an increase in sports tourism in general.”

Sports tourism is credited with bringing millions of dollars into the community, which hosted 14 tournaments.

“Our very conservative numbers for 2019 was approximately $9.2 million. It almost doubles 2017,” Dreany stated.

“We have representation on our board now from accommodations, sports, arts and culture, attractions and the business sectors, as well as we have two representatives from the corporation,” said Dreany.

“We created a trail guide that features nine trail systems within North Bay and detailed maps outlining types of use of the trails and the level of difficulty. We published our first tourism guide that features 64 pages of tourism-related activities, businesses, and editorials.”

The numbers for 2020 will reflect the impact of COVID-19 on the tourism industry.

Dreany expects a balanced budget for the end of the year.

“Due to the Canadian Emergency Wage Subsidy and the Federal Regional Relief and Recovery Fund, we now anticipate ending the year with close to a balanced budget.”

The organization has been rebranded to more closely align with the city’s.

“It better reflects our urban sophistication while still allowing us to capitalize on our proximity to nature,” Dreany explained.

“Our new website includes business listings and enhanced functionality that will allow users to build their own personalized itineraries. In response to COVID-19, we also supported a local campaign to promote local food and beverage.”

Tourism North Bay is investing in markets like the GTA and Ottawa to draw people to the area, participating in campaigns including 'You be Safe. We'll be Waiting' on social media, and 'Dream On,' an initiatiive of Destination Northern Ontario, in addition to marketing campaigns in a national newspaper.

"We had to be sure that we were aligned with other jurisdictions and the consumer sentiment of people willing to travel and our community receiving people,” said Dreany.

“We do have arts and culture; we do have fine culinary; we’re not all cabins and campfires. So, come on up and see us. We are poised to capitalize on that in every way that we possibly can, responsibly.”

The executive director admits recovering from COVID will be a long process.

“We’ll probably see a lot less of the conventions at least for probably two years anyway.”

He credited the hospitality industry for its resilience.

“The return to business has been very difficult and I’m quite proud of how well people are adapting. I don’t know how they’re surviving, to be honest. The restaurant industry was the first hit, the hardest hit, and will probably be the last out,” said Dreany.

“As soon as people are willing to travel, we’ll be in the game ready to capitalize on it 100 per cent, without question.”

Nipissing companies net $1.4 million in provincial funds
Nov 9, 2020 2:00 PM
Comments
We welcome your feedback and encourage you to share your thoughts. We ask that you be respectful of others and their points of view, refrain from personal attacks and stay on topic. To learn about our commenting policies and how we moderate, please read our Community Guidelines.