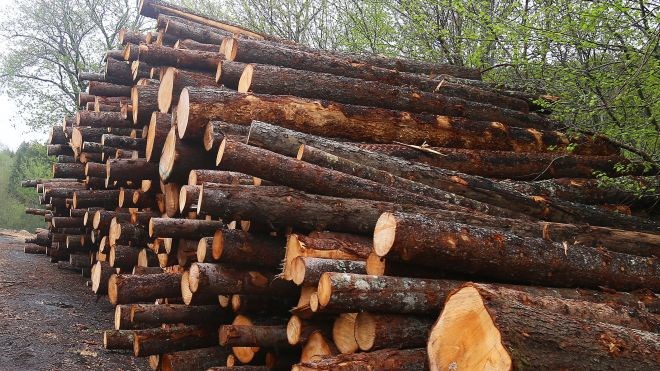 Plans for a new sawmill proposed for a vacant piece of agricultural land on Highway 17 are taking shape, according to the Mattawa-Bonfield Economic Development Corp. (File photo)

Donna Maitland can understand why people are impatient to see some development happening at the site of a proposed sawmill in Bonfield. But in this case, she said, no news is good news.

“Things are moving really well,” said Maitland, who heads up the Mattawa-Bonfield Economic Development Corp. “They have their application into the Ministry of Natural Resources and Forestry for the facility licence, and the facility licence then gives them permission to operate a mill.”

The facility in question is a proposed $145-million sawmill operation slated for a vacant parcel of land located in Bonfield Township along Highway 17. The proponent is Toronto developer Gary Medwid, who announced plans for the sawmill, which will operate under the name International Wood Industries, in July.

Medwid’s plan calls for a multi-dimensional sawmill operation, which would include drying kilns, a planer mill, a moulder mill, and CNC facilities, with a main processing plant building, an administrative building, and ancillary buildings.

Plans also include the construction of a heavy truck service road and a railroad spur line on the property. The mill will handle hardwood and softwood, and product could be shipped overseas, perhaps as far as China.

Maitland, who’s serving as the project’s spokesperson on Medwid’s behalf, cautioned that everything is conditional on getting the facility licence.

Medwid only made his plans public, she said, because the land has to be rezoned from agricultural to industrial, which is a public process.

“Rather than having people guess and talk and speculate on what was coming, that’s why they came out when they did,” Maitland said.

“They were very careful using the word ‘proposed,’ because everything hinges on their ability to get a mill licence. With the MOE (Ministry of the Environment), it’s a year-long process just for the permits.”

Medwid met with the Mattawa-Bonfield EDC in January to provide an update on the process.

Maitland said the facility licence application is currently under review by the MNRF, while the Ministry of Transportation is reviewing the traffic impact study. Species at risk and environmental studies have also taken place.

No information is available about how the operation will be financed, but Maitland said discussions with private investors are ongoing.

There’s also no public information yet for how the operation will source its wood fibre, but Maitland said the proponent does have some letters of intent (LOI) with sustainable forest licence (SFL) holders.

“The wood fibre will be coming from the five neighbouring forests from a variety of sources,” Maitland said.

“They've approached a number of people who hold those SFL licences and asked if they can purchase wood from them and what that might look like, and then obtain some LOI to work together should and when the mill licence be approved."

Despite the wait time, Maitland said the proponent is still aiming to spend most of 2018 constructing the mill, with a production start date slated for early 2019.

As that date nears, the company can then set its sights on hiring. The original estimate is a requirement of 90 workers, which would be welcome news to the community where so many workers were left unemployed after the closure of the Tembec mill in 2009.

Maitland said several have moved on in other industries, or to other regions, but many have ties to the region and are eager to return.

“Some have gone off to mines and oil fields and they live away from their families for weeks at a time and come back,” Maitland said.

“They want to come back for good, so there's some real hope for this mill coming and no doubt they'll be able to fill most of their positions with local skills.”

Maitland said there are some in the community who are skeptical about the proposed mill, because they’ve been disappointed before with unfulfilled promises, like the biomass project that was proposed by BioSila in 2010 for the former Tembec site.

But, Maitland said, so far, all indications point to this new project moving in the right direction.

“Right now, every sign is that things are moving very well, and diligently, and in due process.”

OPINION: Immigration repercussions will be felt in North Bay
Jul 7, 2020 8:00 AM

North Bay chamber wants Air Canada service restored
Jul 4, 2020 3:00 PM
Comments
We welcome your feedback and encourage you to share your thoughts. We ask that you be respectful of others and their points of view, refrain from personal attacks and stay on topic. To learn about our commenting policies and how we moderate, please read our Community Guidelines.