Columbia Forest Products mill closed in January after cracks were discovered in ceiling beams.
0
Mar 15, 2019 9:51 AM By: Chris Dawson 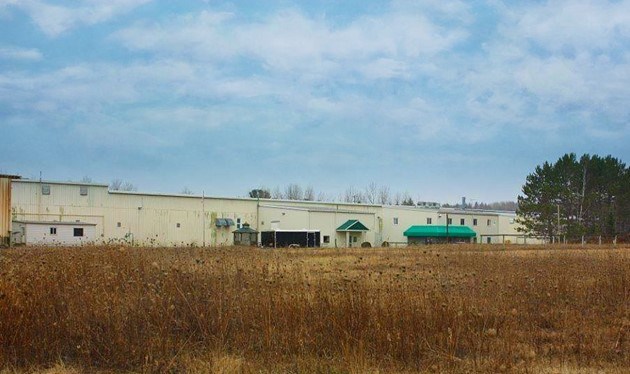 The Columbia Forest products hardwood veneer mill in Rutherglen, east of North Bay, has been idled since January after cracks in ceiling beams were discovered. (File photo)

Columbia Forest Products in Rutherglen is hoping to get up and running again very soon.

The hardwood veneer mill has been shut down since late January, when officials became aware of a serious issue with the facility's roof.

“On January 28, we had several purlins (horizontal beams) crack in our ceiling,” explained Chris Daur, manager at the plant, located about 25 minutes east of North Bay.

“The main structure is roughly 100 feet wide by 500 feet long, and there are main girder beams that are 20 feet apart – they are perfectly fine. It’s the smaller dimensional timbers in between that started to crack.

“It was not throughout the whole mill. It was just in sections," Daur added. "We were getting possible failures in the roof, and we evacuated the mill that day and stopped production until we could get it assessed.”

The facility has been shut down since and workers have been put temporarily out of work.

Daur sympathizes with the employees, some of whom have put in EI claims.

The facility has had its challenges in the past. After shutting down in 2010, the mill reopened again in 2015 due to an improving hardwood veneer market.

Daur anticipates the facility will be back operating at full speed as soon as April.

“The company is spending hundreds of thousands of dollars to do the repairs, so we are hoping to reopen within the next couple of weeks,” said Daur.

Boom in building permits second highest in North Bay history
Jan 10, 2020 3:47 PM
Comments
We welcome your feedback and encourage you to share your thoughts on this story. We ask that you be respectful of others and their points of view, refrain from personal attacks and stay on topic. To learn about our commenting policies and how we moderate, please read our Community Guidelines.