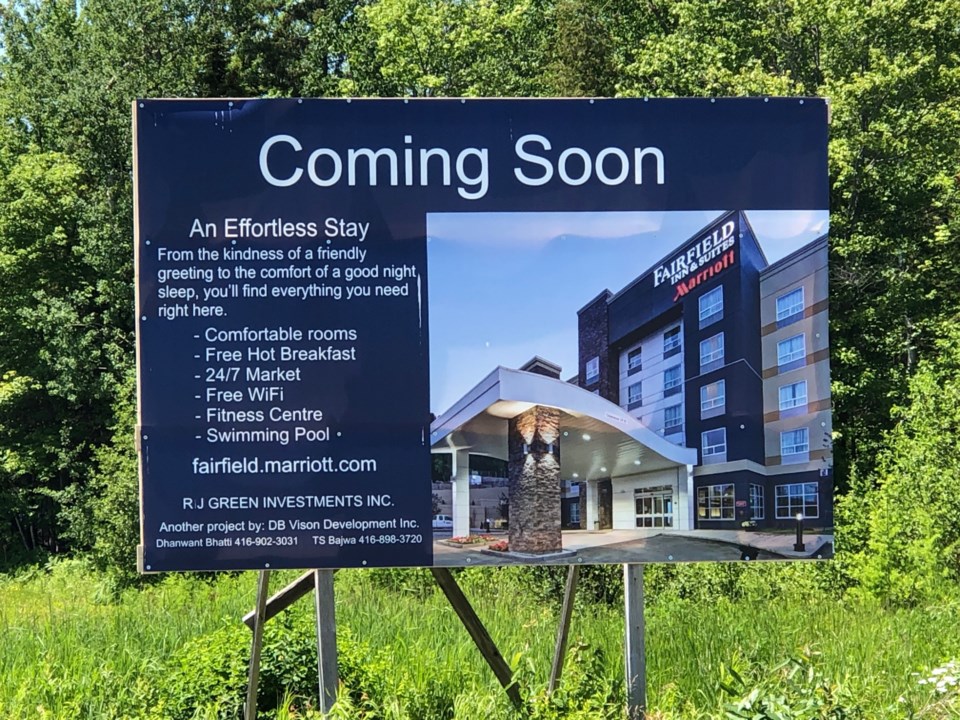 North Bay is expecting shovels to be in the ground as early as July for a new, luxury Marriott Hotel being built off Highway 17 W. on Eloy Rd.

DB Vision Development out of Toronto is heading up the project and president Dhanwant Bhatti told BayToday that construction on the hotel will start in the second week of July.

The doors will open for guests by next summer.

"It is a 92-room Marriott Hotel and will cost around $16 million," explained Bhatti.

"There will be lots of jobs during construction and operationally will create 20 full-time jobs and another 10 or so part-time when it is fully open."

The company did a feasibility study which showed that North Bay is a very strong market in need of a luxury hotel and is a place where there is no Marriott brand.

Marriott is one of the largest hotel chains in the world.

"It has a loyalty program, and it is a very strong and busy program. They are expanding much more in Canada," said Bhatti.

He said they chose the Highway 17 location because of its high visibility, something the casino also liked until it ran into problems with the MTO about access.

Bhatti said the high-end hotel will have a swimming pool and a fitness centre.

"It will attract corporate and tourist customers looking for a luxurious and comfortable stay," Bhatti said.