City seeking balance between modernization with traditional charm
0
May 9, 2019 12:00 PM By: Chris Dawson 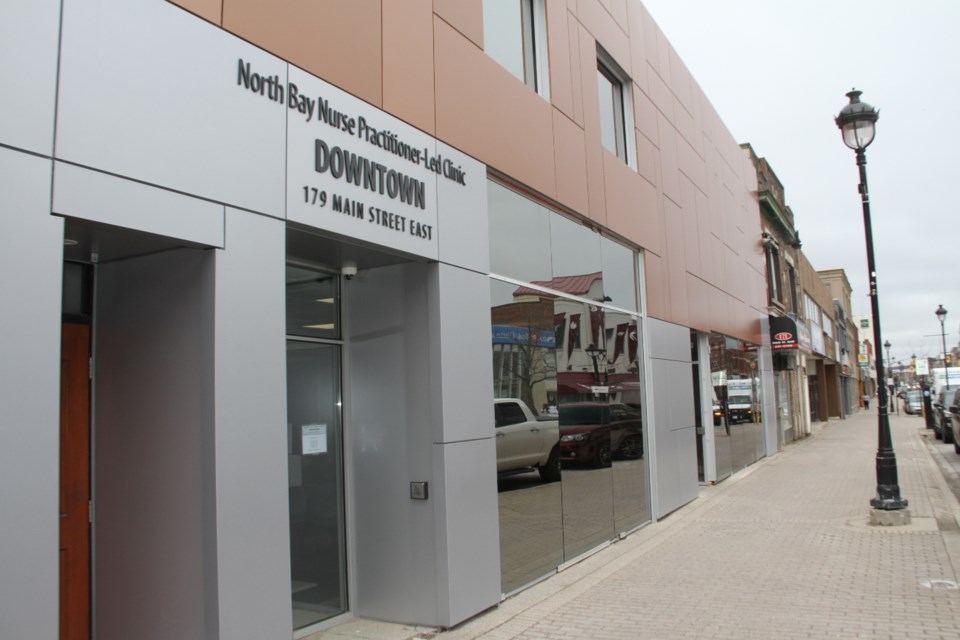 Gledhill, who is a director with the Downtown Improvement Area, is one of a number of downtown business people who are excited about some of the recent upgrades to downtown.

A new nurse practitioner clinic opened along Main Street this spring and its storefront brings a modern look to downtown.

“I think a big part of that, for a retailer's standpoint, is having service providers, the working professionals that are working in the downtown core,” said Gledhill.

Peter Chirico, president of the North Bay & District Chamber of Commerce, believes the clinic is another example of the resurgence of downtown North Bay.

“We are seeing more people come downtown, more activity, whether it is a perceived notion that it is not safe. Now that there are more people downtown doing business, I think that gives a perception of safety,” said Chirico.

“Certainly, the nurse practitioner clinic, having that downtown is going to draw quite a number of residents or patients that do not have doctors. They will be using that clinic coming downtown; good transportation, good access to it along with lots of parking and that in itself should give that perception."

However, Chirico believes downtown North Bay, which has been a very popular location for the movie industry recently, still needs to keep its traditional look.

“It is great having modernization but, with that, we hope to continue to keep that downtown look,” said Chirico.

“We have a unique look. We have our shops on Oak Street, our shops on Main Street that have some very unique features and the movie industry loves them. They have been using them and keeping up with them.

"So there is always that move to renew and change and all that, but retaining some of that heritage and some of those old town looks, I think, are important and I think as far as shop owners and business owners downtown, they have done that.”

Chirico and Gledhill admit there are concerns about the mental health and addiction issues that hamper the downtown core.

Gledhill said North Bay is not much different than many other Canadian cities.

“It is important for people to realize that it is not just limited to downtown North Bay; it is citywide," Gledhill said.

"And if you look even further, in most cities, in their downtown cores, they are faced with a lot of the same issues. We could almost go and say it’s really nationwide at this point."

Chirico said they are planning to do more to combat those issues downtown.

“We are working on a couple of projects with a number of different partners to try and help that downtown and help those people that do have issues, get them the proper assistance they need at the time they need it, rather than when they do not need it,” he said.