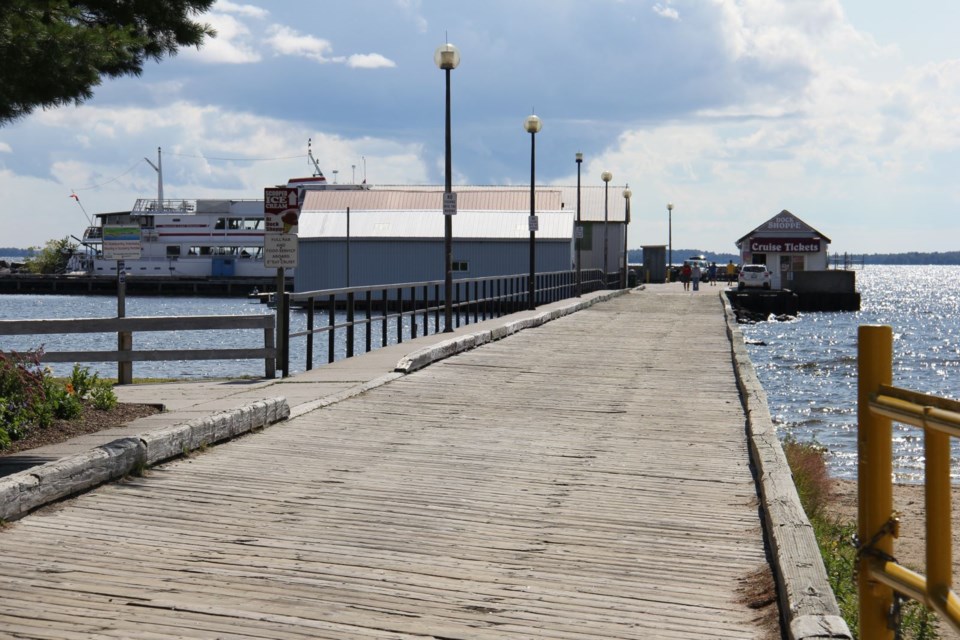 King's Landing Municipal Wharf in North Bay is aging and in need of repair. The city has approved the completion of an environmental assessment, which will be valid for 10 years. (BayToday file photo)

The City of North Bay is moving forward with an environmental assessment (EA) of its wharf.

Previous reports have indicated that King’s Landing Municipal Wharf is in poor condition, and council has weighed various options, including repair, replacement, and redesign of the infrastructure.

A recently presented city staff report recommends a phased-in replacement of the wharf with a naturalized spit and expansion of the pier on the south side of the marina.

The bulk of the environmental assessment has already been completed at a cost of $700,000, thanks largely to provincial and federal funding. The city has contributed $150,000.

Another $50,000 to $60,000 is required to complete the environmental study, according to North Bay Coun. Chris Mayne, who chairs council’s Engineering and Works Committee.

Once complete, the study will remain valid for the next 10 years.

“What we’re hoping is that in the next five or so years there will be an opportunity to partner with federal and provincial funding partners so that the overall cost for the city for this $8 million to $12 million project, depending on what council eventually decides, the municipal portion would only be about a third of that,” Mayne said.

The EA process is expected to take between three and four months, after which a 30-day review period will follow.

– With files from Linda Holmes, BayToday.ca.