The Professional Engineers Ontario wants to examine conduct of one of its members
0
Oct 21, 2016 3:35 PM By: Northern Ontario Business Staff 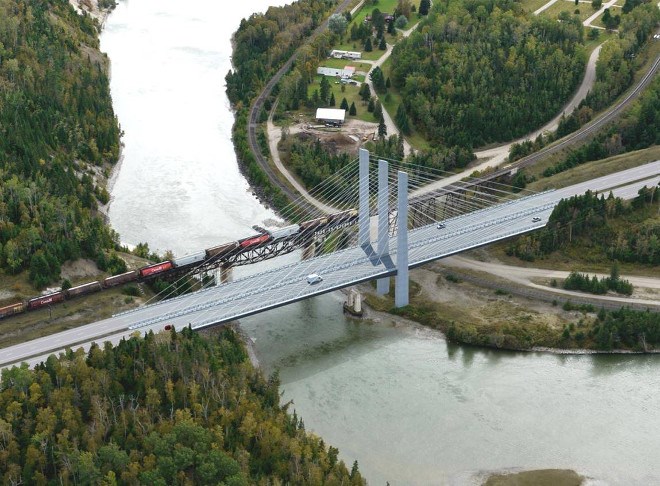 Professional Engineers Ontario (PEO) has launched its own independent investigation into the Nipigon Bridge failure.

“As a regulator, it’s our responsibility to investigate any possible engineering practice deficiencies related to the failure and determine if engineering work was carried out by appropriately licensed people and companies,” said PEO registrar Gerard McDonald in an Oct. 21 news release.

“This investigation is consistent with our mandate to govern PEO licence and certificate of authorization holders, and regulate and advance professional engineering practice to protect the public interest.”

The Ontario government released two engineering reports on Sept. 22 that determined improperly tightened bolts on one end of the new $106-million bridge had snapped, causing the decking to raise 60 centimetres, among other factors.

In the statement, the PEO said, under the Professional Engineers Act, PEO’s registrar can initiate investigations in the absence of a complaint being filed, on reasonable and probable grounds that a PEO licence holder or a holder of a certificate of authorization has committed an act of professional misconduct or incompetence.

Investigators appointed by the registrar are provided powers similar to law enforcement officials under a search warrant, to enter the business premises of the licence or certificate of authorization holder under investigation and examine anything relevant to the subject of the investigation.

These investigations could lead to the discipline of PEO licence or certificate of authorization holders.

The PEO said all information related to any investigation must be kept confidential.