That’s a wrap in Attawapiskat 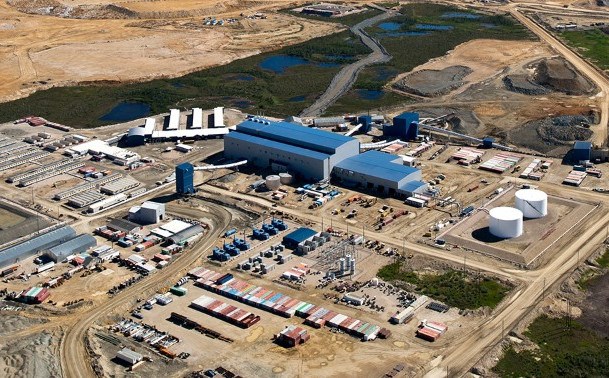 Plant decommissioning has started at the De Beers Group’s Victor open-pit diamond mine complex near Attawapiskat.

The international diamond miner reported that the last economic ore was processed on May 26, followed by several days of low-grade ore and limestone to “purge” the plant of remaining diamonds.

Mining in the pit ceased March 5 when operations shifted to processing the remaining stockpiles of ore. The plant shutdown continues through the end of June.

In a May 30 news release, De Beers notes it’s been 10 years and 10 months since Northern Ontario’s first, and only, diamond went into production in July 2008.

The remote fly-in/fly-out mine is 90 kilometres west of the James Bay coastal community of Attawapiskat First Nation.

The operation employs 170 people with support from 134 contractors.

“This is a bittersweet moment for our company as we celebrate the great work done by the Victor team that began when the mine opened and continued right up until the moment the conveyors stopped in the plant. This historic run has sadly now come to an end,” said De Beers Group CEO Kim Truter in a statement.

“Not only was this Ontario’s first and only diamond mine, Victor is the foundation for our company’s success in Canada and continued to demonstrate that strong performance to the very end as the team managed to extend production almost four months longer than originally expected.”

The Victor deposit was discovered in 1987 with mine construction starting in 2006.

The company reports through this year’s first quarter, 8.1 million carats of diamonds have been recovered at Victor, including record production of 936,000 carats in 2018.

The final carat count for April and May production will be available in July when second quarter results are in.

Work on the site now moves to reclamation and formal closure.

The company reports through the end of 2018, nearly 30 per cent of the site had been reclaimed with more than 600,000 plants since the reclamation process began in 2014. Another 600,000 trees, shrubs and grasses go in the ground this year, some at the mine’s on-site greenhouse.

Complete mine reclamation of the site is expected by 2024.

De Beers said it has spent $2.6 billion to build and operate the mine, of which $820 million has gone to Indigenous and local businesses in Northern Ontario. In addition, the company said it’s paid $110 million in royalties to the provincial government, plus $100 million in corporate social investment and payments to communities.

Over its mine life, the Victor operation has garnered more than a dozen industry, business and safety awards over the life of the mine.

"The Victor team is like an extended family and everyone really pulled together during the past few months to take us safely over the finish line,” said operations manager Alistair Skinner in a statement.

“Our first priority was to make sure that everyone finished work injury free, whether it was the mining team working in the confines of the bottom of the pit or the maintenance team achieving zero harm during the final plant shutdown.”