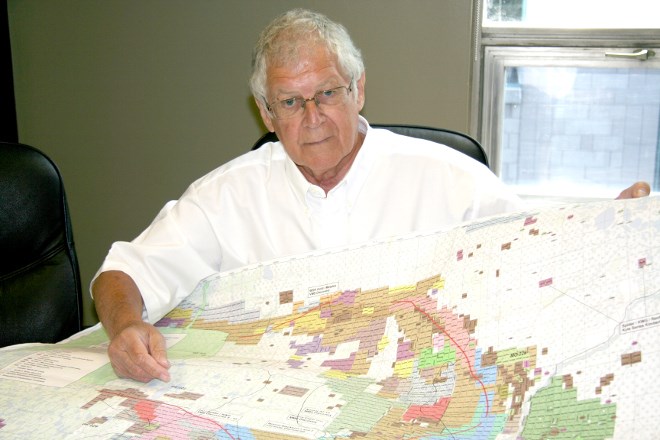 Sudbury-born Richard Nemis, best known for his company's discovery of the Ring of Fire, died on March 9.

It was Nemis, a big fan of Johnny Cash, who gave the massive chromite discovery in the James Bay lowlands its nickname.

Born in Sudbury in 1938 to the late James and Chrissie Nemis, he was predeceased by his wife Diane (Coulson) and is survived by his children Jennifer Elizabeth and Richard James, brother Terry and sister Melody, several nieces and a nephew.

A graduate of the University of Ottawa and Osgoode Hall, over his 50-career in the exploration sector as a lawyer and promoter, Nemis was successful in raising millions for mineral projects at Eagle River and Windfall Lake. But his legacy project will be the discovery of one of the world's biggest chromite find at McFaulds Lake in the James Bay lowlands as president of Noront Resources.

Joining him in that discovery were John Harvey, Donald Hoy, Neil Novak and Mac Watson.

In 2009, he was a co-recipient of the Bill Dennis Award for a Canadian Discovery or Prospecting Success for the discovery of the ‘Ring of Fire’.

“My heart will always belong to Northern Ontario," said Nemis in 2010. "It gives me great pleasure to see the potentially enormous economic boost the Ring of Fire discovery will have on the North, on Aboriginal communities and, hopefully, on Sudbury’s world-class mining supply and service industry.”

Nemis was most recently the chairman of Bold Ventures.

"Richard’s enthusiasm, dedication and vision were a source of inspiration for all who came in contact with him. Richard will be missed by all and his memory will continue to provide inspiration to the many people whose lives he touched," said the company in a news release.

"Our deepest condolences go out to his family."

Friends can meet at Roadhouse & Rose Funeral Home in Newmarket on March 15, with a celebration of life following on March 16.

Donations can be made to The Richard Nemis Ring of Fire First Nation Community Trust or the Margaret Bahen Hospice.