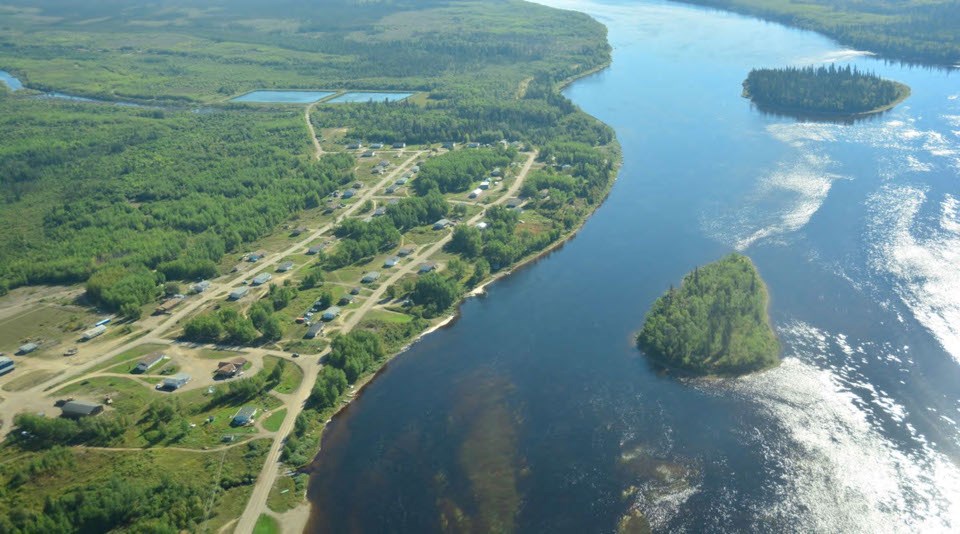 A First Nation community supporter of mining development in the Ring of Fire still has to boil its drinking water after two decades.

In a June 29 news release, Marten Falls said despite its members living in mineral-rich lands coveted by mining companies, members in the community of 800 (half on reserve) still live in poverty; dealing with homelessness or overcrowded housing conditions, suffering from inadequate fire protection, enduring challenges associated with the water treatment plant, and a boil water advisory that's lasted for more than 20 years.

"This needs to change," said the community in a release.

Marten Falls is one of the two community road proponents working with the province to establish a 300-kilometre north-south route between the provincial highway system and the James Bay mineral belt and exploration camp.

The class action is filed against the Attorney General of Canada to failing to address prolonged drinking water advisories on reserves across Canada. Without access to clean and safe drinking water, the main allegation is that Ottawa has breached its obligations to First Nations by failing to ensure reserve communities have clean water.

Also in the mix in this lawsuit is Curve Lake First Nation, near Peterborough, and Marten Falls's regional neighbour Neskantaga First Nation.

Bottled water is currently flown into Marten Falls and distributed to members at the airport.

For the band administration, it's a $40,000 monthly burden to pay the upfront costs for the water and the transportation, causing "a significant strain on the community's limited financial resources," said the release.

Ottawa reimburses Marten Falls for these expenses but since 2014-15 the band said it usually waits an entire fiscal year to be reimbursed.

Marten Falls also shares this water with non-band members such as teachers, contractors and guest workers. There are also distribution problems since not every community member has a means of transportation to get to the airport.

On the waste management side, heavy bottled water use means an excess of plastic waste with no recycling program in sight. The bottles end up being burned or buried in the landfill to decompose, the community said.

The stated objectives of the class-action is to obtain compensation for First Nations affected by drinking water advisories, and "obtain a declaration from Canada" to  work with First Nations by requiring the feds to construct and fund community water systems.

With no movement toward helping community growth and development, Marten Falls is pointing the finger of blame at Ottawa.

The boil water crisis is just tip of the iceberg, Marten Falls said, with a chronic housing shortage - with two and three generations per household - an increase in the community's homeless population, and the lack of adequate fire services protection with "numerous house fires" having recently taken place.

The community contends a government housing pilot project - that was the subject of a documentary - was called "inadequate" and "completely disconnected" with the reality on the ground. Funding was insufficient, staff training was never delivered and the project was abandoned before it was completed.

"I have been lobbying the federal government for critical housing and fire infrastructure for years," said Marten Falls Chief Bruce Achneepineskum in a statement.

"Recently, I spoke about the critical issue of no firefighting resources in our community at the 2019 Chiefs of Ontario meeting. We already have a housing crisis and when there is a fire, our existing houses burn down and jeopardize the life of our membership. We can only stand by and watch our houses burn. This is our situation in the 21st century and we can't even respond to a fire with a firetruck. Fires make the lack of housing situation worse, making homelessness another critical community challenge. These are related issues, and we cannot ignore them. This must change. The status quo is just not acceptable."

The community leadership is calling on Ottawa and Queen's Park to addresses these chronic issues plaguing the community, and especially wants to hear from Indigenous Services Minister Marc Miller.

No construction has started on any roads leading into the Ring of Fire, which are undergoing provincial environmental assessments over the next two years.

Ottawa is in the early stages of starting a new regional impact assessment, asking for community and other stakeholder feedback, to gauge the affect that road and mining developments will have on the James Bay region.