Mushkegowuk chiefs call for moratorium on Ring of Fire development

They're concerned about the impact on unique wetlands and watersheds
Jan 14, 2021 9:00 AM By: Dariya Baiguzhiyeva 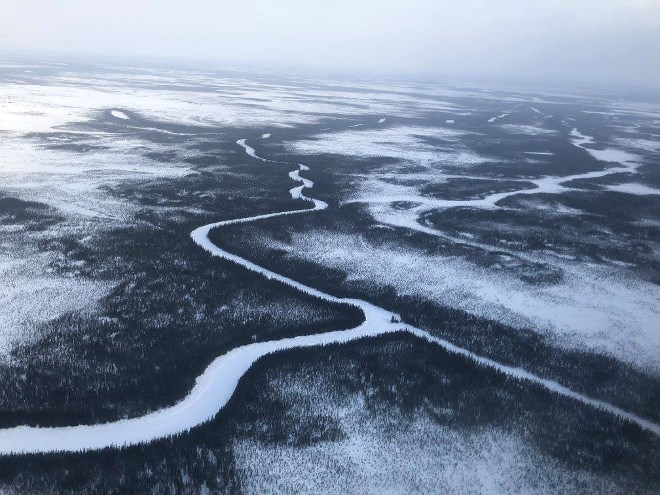 Mushkegowuk Council chiefs want a moratorium imposed on the Ring of Fire development until the traditional lands and watersheds are protected.

In a Jan. 12 news release, the chiefs asked for development activities to be suspended until comprehensive studies and plans are done on how to protect “sensitive wetlands and watersheds” in the Hudson Bay Lowland, including rivers such as Attawapiskat, Albany, Ekwan and Winisk as well as thousands of streams that flow into the Hudson Bay and James Bay.

“We are talking about the peatlands. We see them as the breathing and cooling lands for the planet, which is the third-largest wetland in the world and one of the richest carbon storehouses on Earth,” Grand Chief Jonathan Solomon said in the statement.

“Without the proper planning and appropriate consideration of the sensitive wetlands, much damage will occur downstream, down muskeg, which is the homeland of the Omushkego people. We all rely heavily on this valuable and fragile ecosystem.”

“We are especially concerned over the dangerous materials that will be carried over these roads,” Friday said in the statement. “Anything that is spilled will be carried downstream, contaminating the James Bay Lowlands and affect our ability to continue to use our lands for our survival.”

Nakogee and Moonias are concerned with the downstream impacts on the Attawapiskat River, which flows through the Ring of Fire and connects two communities.

“We have seen mercury and other contaminant levels on the Attawapiskat river rise in recent years as a result of one mine, the DeBeers Victor Mine. When the roads are built and many new mines are developed in the Ring of Fire, where will we be able to get safe drinking water and healthy food from the land,” Nakogee said.

Ontario didn’t consult with First Nations and the “fast-track” approach to development projects doesn’t take into consideration environmental concerns and cautions, according to Mushkegowuk Council's statement.

“We are proud that the Mushkegowuk Hudson Bay/James Bay Lowlands are one of the largest remaining intact wetland areas left on this planet. We need to think carefully before opening them up to roads and mining. These developments will change them permanently,” said Solomon.

NOBA 2020: Wataynikaneyap (Watay) Power is the recipient of the First Nations Business Award of Excellence
Dec 29, 2020 11:00 AM
Comments