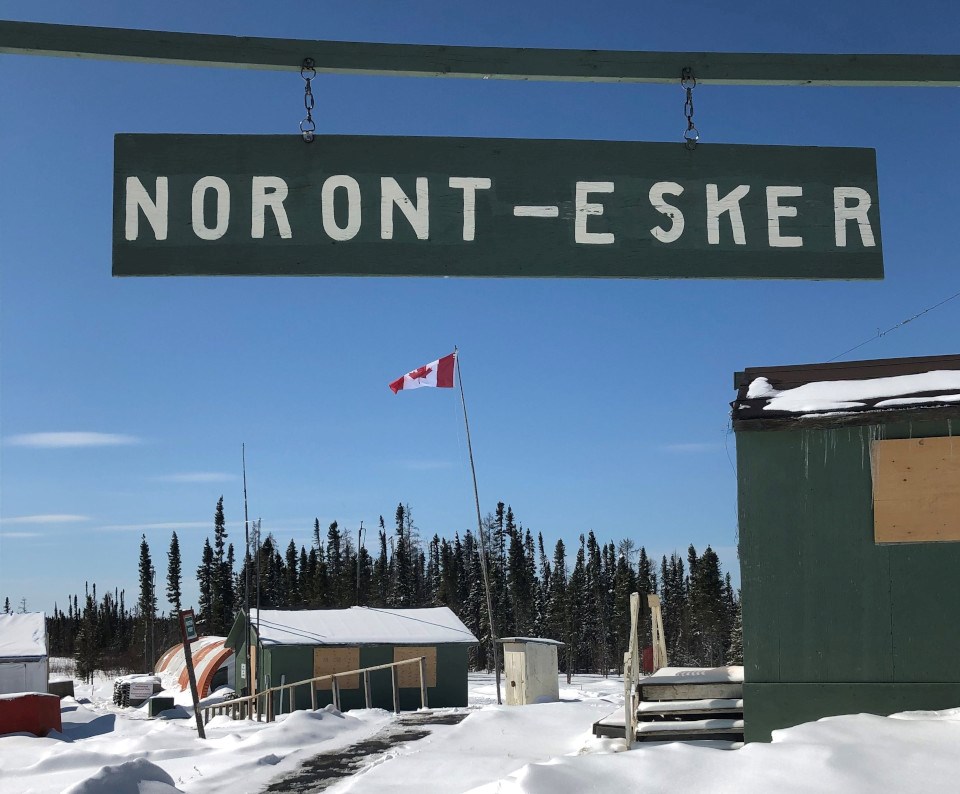 Noront Resources is rejecting the offer of a $5-million loan from Australia's Wyloo Metals, which is seeking to take over the Ring of Fire mine developer.

In a June 4 news release, Noront admitted it "has an immediate need for funding" but intends to go the private placement financing route to raise $6.1 million to keep the company running and to work on its exploration properties in the remote James Bay region.

In late May, Wyloo announced it was making moves to acquire all of the outstanding common shares of Noront it doesn't own with an all-cash offer of $133 million.

Wyloo is keenly interested in Noront's Eagle's Nest high-grade nickel and copper deposit, which it considers one of the best undeveloped nickel sulphide deposits in the world, situated in a remote spot 500 kilometres northeast of Thunder Bay.

In reviewing Wyloo's loan offer, Noront said considering its position as a development stage company that still hasn't generated any revenue from mining, its board of directors and advisors deem it "inadvisable to burden the company with additional debt" without the ability to repay that loan within six months.

In the release, Noront reminded all "that Wyloo Metals has not yet commenced a takeover bid and such a bid may never materialize."

Noront said it hasn't received a formal offer from Wyloo, only an intention to make an offer.

The Toronto company said Wyloo isn't permitted to commence a takeover bid until a formal valuation of Noront is done by an independent valuator, "which may take several weeks to complete."

"Should Wyloo Metals proceed with a takeover bid, the board of directors of Noront will carefully review such offer and provide a recommendation to its shareholders."

Meanwhile, Wyloo Metals' billionaire owner Andrew Forrest is already pressing ahead in making his introductions to some of the First Nation leadership in the area of the Ring of Fire.

In a June 1 letter to the chiefs to the Matawa First Nations, Forrest wrote: "Last week we made an offer to acquire all the shares of Noront that we don't already own."

Wyloo spelled out its ambitious intentions during the last week of May with promises to spend mega millions to make the Ring of Fire a net-zero mining operation; study the potential to build a battery materials plant in Ontario, with a special emphasis on prioritizing contract awards to First Nations-owned businesses; and establish a training and employment centre that will guarantee mining and support jobs.

"These are just the first commitments that will form part of Wyloo Metals' long-term investment and I look forward to working with you and your community to unlock the transformational potential of the Ring of Fire in a sustainable and inclusive manner," said Forrest in his letter.

"I hope in the coming months that travel restrictions will allow us all to meet in person, and I invite you to connect with my team at Wyloo Metals who will share further details on our investment strategy across the region. Until we meet in person, please accept a big hug from me. I look forward to working with you and your people for a brighter future."

According to Noront's schedule, Eagle's Nest is tentatively slated to come into commercial production in mid-2026 as soon as the proposed north-south access road into the region is finished construction. It would be the first of three deposits to begin mining followed by the Blackbird and Black Thor chromite deposits.