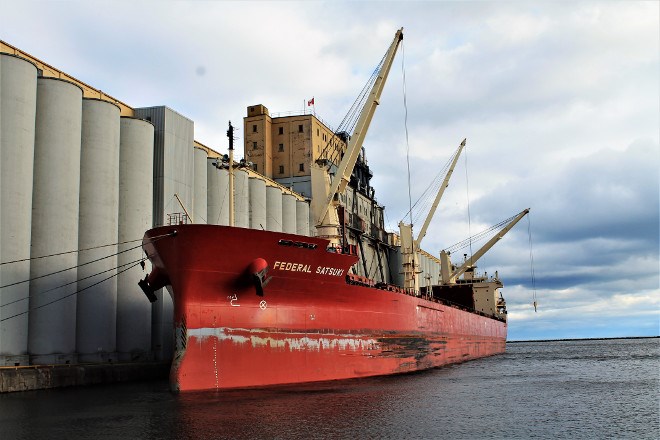 Shipments of Prairie grain through the Port of Thunder Bay remained ahead of last year’s pace in June, continuing a three-month trend.

The Thunder Bay Port Authority reported grain volumes, to date, are nine per cent higher – at 2.5 million tonnes – than during the same period in 2018.

The port has experienced a ten-fold increase in canola exports this season.

Canola exports from Thunder Bay to Europe and Latin America have surged since China, Canada’s largest canola customer, closed its doors to Canadian shipments of the commodity.

Canola shipped to China moves through the West Coast ports of Vancouver and Prince Rupert.

The authority said Thunder Bay can handle these grain surges “with relative ease” due to its large grain storage capacity and quick rail and ship turnaround times.

The number of foreign-flagged ships visiting Thunder Bay is up so far this year with 36 reaching port compared to 22 at this time last year.

Overall, cargo volumes are up seven per cent over last year as of June 30.