Toronto Transit Commission votes on procurement of 13 streetcars
Oct 23, 2020 9:09 AM By: Doug Diaczuk 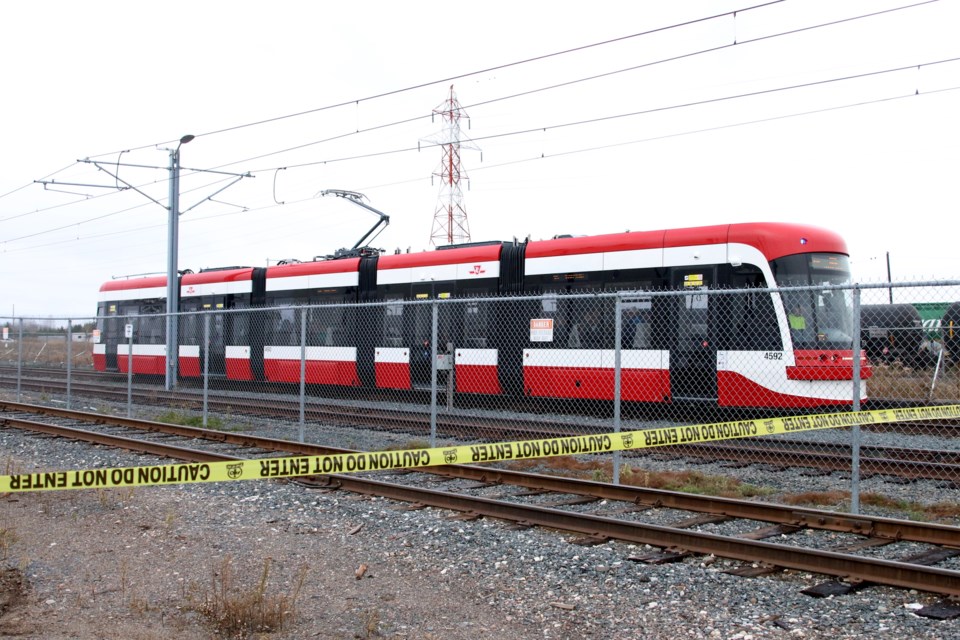 A streetcar manufactured at the Thunder Bay Bombardier plant on the test track. (File).

There could be a glimmer of hope for the local Bombardier plant, as the Toronto Transit Commission (TTC) has voted on a new procurement plan that would call for the immediate purchase of 13 new streetcars.

The TTC unanimously passed the procurement plan with the recommendation that the CEO issue a contract change with Bombardier for the supply of up to 13 streetcars, with an estimated cost of $140 million.

The recommendation also called for negotiations for an additional 47 streetcars and secure $360 in senior government funding. The total estimated cost of the streetcars is $500 million.

The streetcars will be the same as the 204 manufactured at the Thunder Bay Bombardier plant through a contract signed with the TTC in 2009.

During discussions on the new plan, several commissioners brought up concerns about missed deliveries of streetcars during the 2009 contract with Bombardier.

Toronto Deputy Mayor and TTC commissioner Denzil Minnan-Wong said he was reluctant to go with Bombardier again based on past missed deliveries.

“My preference would be to go to the market, but obviously, we’ve been told that other companies can’t deliver on time and we need those transit cars on time,” he said.

“Their history with the City of Toronto in terms of delivery is less than exemplary. I’m hoping the new company Alstom will be able to deliver these streetcars on time and we will be able to get what we need when they promise it.”

The Paris-based company Alstom is in the process of acquiring Bombardier’s division, which could be completed in the first quarter of 2021.

“This is nothing against the assembly workers in Thunder Bay,” Minnan-Wong added.

“The fundamental reality is our obligations is to the transit riding public and the taxpayers of the city of Toronto and we have to make sure we get what we need. In this circumstance I will support the recommendation.”

As part of new procurement plan, the TTC CEO is requested to negotiate strong contractual penalties and terms to ensure on time delivery, which are to be approved by the TTC board.

Delivery of the 13 streetcars is expected to begin in the first quarter of 2023.

The Bombardier plant in Thunder Bay has seen more than 500 workers laid off since last year after two major contracts wound down at the end of 2019.