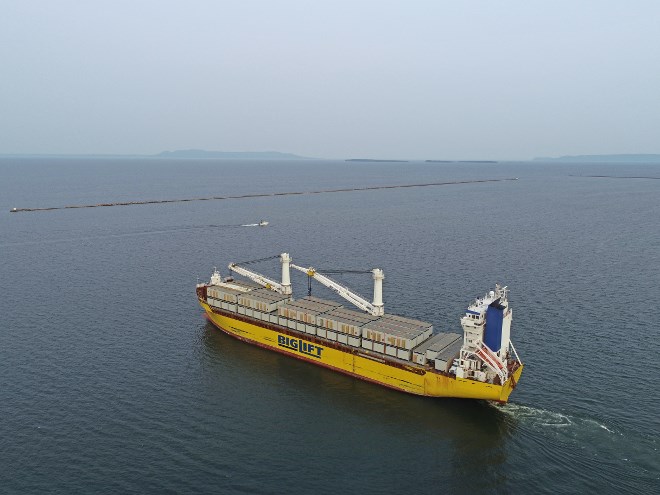 Ocean-going ships are making their last trips to the Port of Thunder Bay as the Great Lakes shipping season enters the final stretch before winter freeze-up.

The port authority reported 20 salties arrived to load or unload internationally traded cargo during the month of November, the highest number in any single month since 2015.

These ships typically load grain in Thunder Bay after bringing steel into lower lakes ports through the St. Lawrence Seaway.

Total cargo volumes in November were slightly lower than last year, but a rebound is expected before the season closes in mid-January.

December, the final month of the shipping season is expected to be the busiest of the year, with a projected 1.4 million metric tonnes of cargo to be handled.

That would be a 25 per cent increase over last December, due mainly to higher grain shipments this time around.

Annual 2018 grain volumes are anticipated to be slightly higher than the final tally in 2017.

To date, more than 7.2 million tonnes of grain, coal, potash, dry and liquid, and general cargoes have transited through the port, slightly down from the 7.7 million tonnes moved during the same period last year.

The Port of Thunder Bay is anticipating a total of 400 vessel calls for the season, which is also slightly higher than the 393 calls last year.

Salties must be off the lakes by the end of December.

The locks on the St. Lawrence Seaway system between Welland and Montreal close Dec. 31.

Domestic shipping traffic between Lake Superior and Lake Huron draws to a close on Jan.15 when the locks at Sault Ste. Marie, Mich. close for the winter.