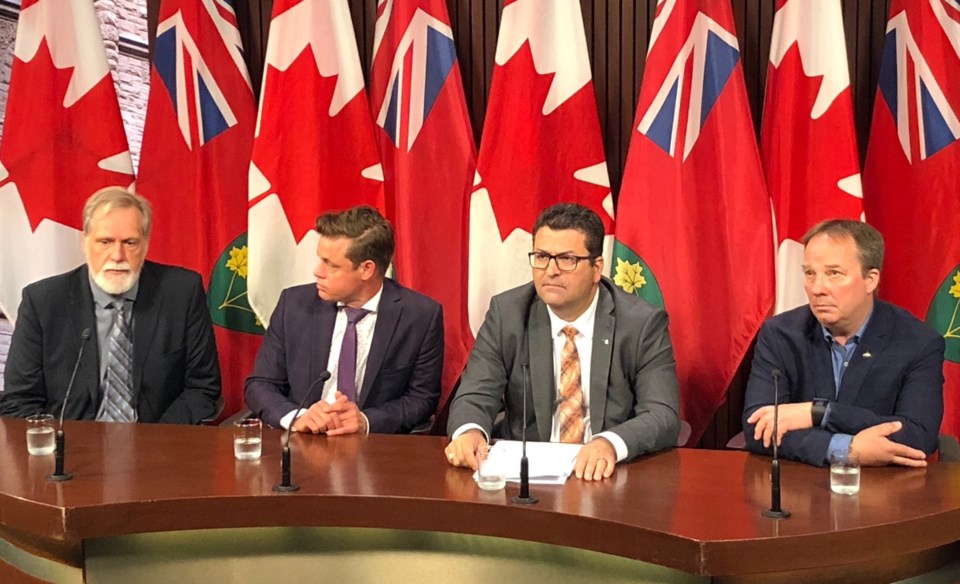 Under the bill, Bourgouin said, Highways 11 and 17 would come under the same classification as the province’s 400 series highways and the QEW, requiring all snow to be removed within eight hours of the end of a snowfall.

The Ministry of Transportation’s snow removal classification standards depend on the type of highway and traffic volumes, not on climate or vehicle size and weight, according to a release from the MPP.

The bill would bump up Highways 11 and 17 to Class 1 in all of their sections, whether two- or four-lane, and eliminate vehicular traffic specification.

“Too many Northern Ontarians have lost their lives, or suffered life-altering injuries driving on poorly maintained routes in the winter,” Bourgouin said in the release. “With this bill we can save lives in Northern Ontario by making our highways safer for drivers.

“Northern drivers and families have waited long enough. They deserve nothing less than to know that their roads are safe during the long winter months.”

The private sector is putting its support behind the bill.

A truck driver from the company was killed on Highway 11 during a snowstorm.

“Northern Ontario’s highways are filled with dangerous corners and hills. Lots of truckers are retiring or not working during winter months because they are scared,” Dery said.

“Winter, coupled with driver shortage, is taking a toll on the company’s operations.”

"Highways are shut down more often than before," said Villeneuve. "Heavy-load traffic is increasingly using the Highway 11 corridor, which is causing inconveniences to communities and businesses."

Bourgouin’s bill also received support from Dave Plourde, mayor of Kapuskasing, who called Highway 11 “a lifeline of the community.”

“Highway 11 is the only access point for our community, and recurrent winter closures have major consequences on the lives of residents in the Kapuskasing area,” Plourde said.

“The municipal council will be thus voting on a resolution to support Mr. Bourgouin’s bill on June 17.”

“The classification and treatment of Highways 11 and 17 have always concerned me, as both routes are integral for the Trans-Canada corridor,” Andrews said.

“There are very few opportunities for detours on either of these routes. When these routes are not maintained and kept passable, the country is cut in half.

"Finally, the communities along these routes have only one way to access each other by ground: these two highways.”