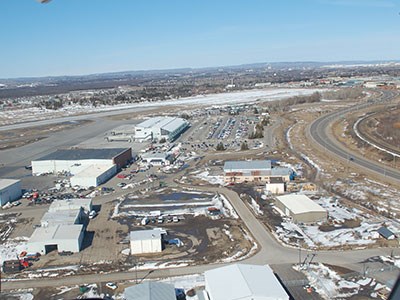 Porter Airlines will be opening an aircraft maintenance base at Thunder Bay International Airport in February.

The Toronto-based regional air carrier is moving into an existing hangar and will create 18 full-time positions to perform daily overnight maintenance on two Bombardier Q400 aircraft that will return to service the following day.

The airline did not release the amount of investment in the facility in a Jan. 8 news release.

In his remarks through Facebook, Porter president-CEO Robert Deluce said Thunder Bay provides the “right combination” to make this commitment in terms of supplying local talent through Confederation College’s aviation program, having available hangar space, and the fact that the city is a major hub in the airline’s network.

Deluce said the maintenance team is already being put together.

The announcement comes a year after Porter opened a base in Thunder Bay for its pilots and flight attendants.

“Since initiating service in 2009, Porter has consistently contributed to the airport’s growth by increasing flights, passenger volumes and local employment.”

“It benefits the economy by introducing quality jobs and supports our airport as a regional hub for moving people and goods."