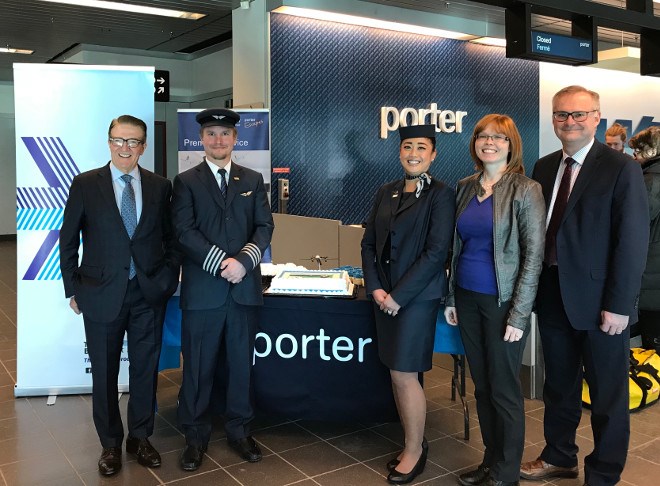 Porter Airlines has added a seventh round-trip flight between Toronto and Thunder Bay, and opened a crew base for pilots and flight attendants.

Starting April 12, the northwestern Ontario will have as many as 45 weekly flights south to Billy Bishop Toronto City Airport.

“Our decision to base crew here and add flights allows us to better serve this growing market and attract team members who value the northern lifestyle.”

Twenty crew members are already based in Thunder Bay. Some have transferred from other bases and from other locations in Canada.

Eventually, 40 crew members will be based in the city.

The regional carrier said it is on hiring and training binge this year to staff up Thunder Bay.

Porter said this is the first crew base for any large commercially-scheduled airline in Northern Ontario.

“The airport authority appreciates the confidence Porter has demonstrated in Thunder Bay through the crew base and the additional frequency.”