Meetings with CN and government officials are ongoing, and a business plan is underway.
Jan 24, 2017 3:00 PM By: Northern Ontario Business Staff 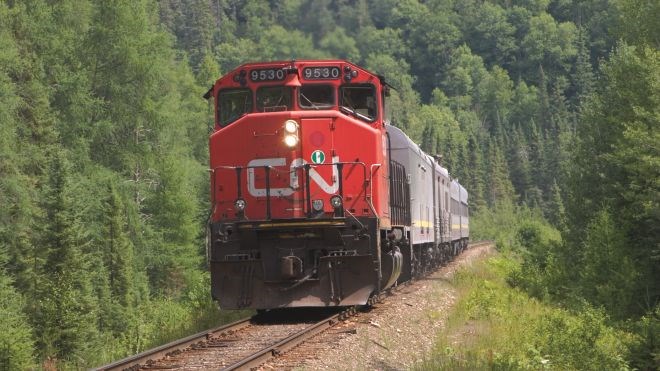 The Algoma Central Railway passenger train ceased operating between the Sault and Hearst in 2014, after the federal government pulled a $2.2-million subsidy that helped sustain it. CN photo

An advocacy group seeking to reinstate passenger train service along the Hearst-to-Sault Ste. Marie Algoma Central Railway line said it is optimistic about making progress in 2017.

The Algoma Passenger Train Working Group is led by Chief Jason Gauthier of the Missanabie Cree First Nation, and has been lobbying for the return of service after it ceased in March, 2014.

The passenger service, which largely serves tourist outfitters and camp owners between Sault Ste. Marie and Hearst, stopped running in 2014 after Transport Canada announced it would no longer provide CN the $2.2-million subsidy to help offset the cost of running the train.

“I continue my commitment to leading the process of restoring passenger service through the new 'Mask-wa Oo-ta-ban' (Bear Train),” Gauthier said in a Jan. 24 release.

Gauthier said a number of activities in recent months have boosted the hopes of the group:

Although much of the content from the meetings is confidential, Gauthier said the group will provide ongoing updates as progress progresses.

The aim is to have the service restored by this summer.