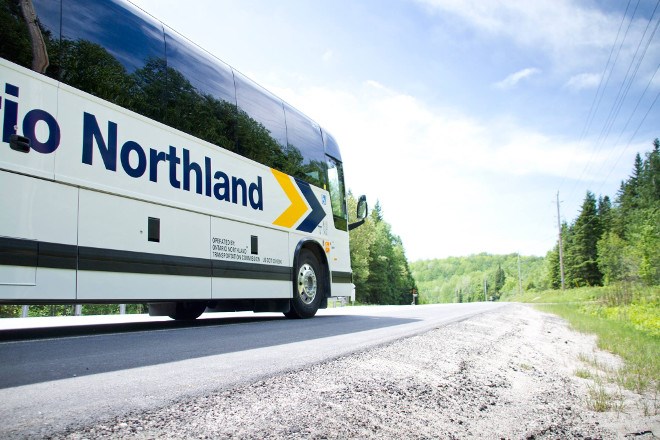 The ONTC announced it would begin offering weekday return passenger bus service between Manitoulin Island and Sudbury in April, 2018.

The plan included setting up stops in more than a dozen Manitoulin communities, as well as stops like Sudbury’s Health Sciences North for travellers who needed to get to medical appointments.

But according to the Manitoulin Expositor, the ONTC confirmed in early November that the service will be pulled mid-month, citing low ridership and funding cuts.

“ONTC service to communities on the island will be discontinued,” Renee Baker, ONTC's communications manager, told the Expositor.

The company said it was looking for alternative options to continue serving the island, including contracting a taxi company to ferry passengers between Espanola and Little Current.

The ONTC said it would provide more details about its plan shortly.

Cancellation of the service will leave Manitoulin passengers without mass public transport – at least temporarily.

The grassroots committee is proposing to set up two daily runs between Manitoulin and Espanola. AJ Bus Lines would pick up passengers on Manitoulin and deliver them to Espanola, where they could then hop an ONTC bus to get the rest of the way to Sudbury.

UMIT wants to establish a small pilot project in January, with the aim of rolling out a full program out by March.