Northern rail advocates must do their homework

Analyst says regional rail solutions can’t be mired in the past
Jul 4, 2017 8:30 AM By: Guest Columns 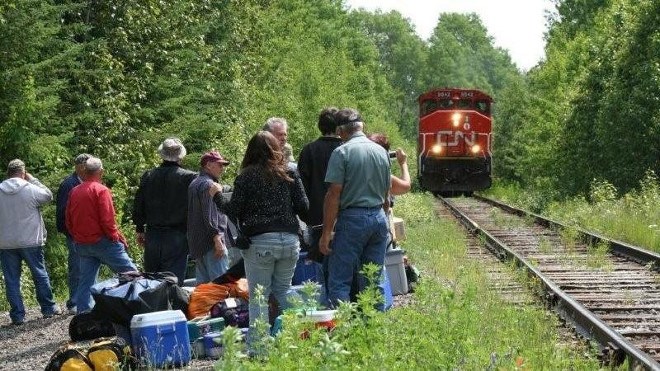 Many Northern Ontarians believe improved and expanded rail service is a solution for several of the region’s transportation challenges.

Having worked for more than 30 years inside the rail industry and as a policy advisor to various politicians, I applaud those who intelligently promote a greater reliance on rail. However, if they are to succeed and not burn themselves out in frustration, I have two pieces of advice.

First, ensure your vision is not a fantasy. I have watched numerous advocates futilely promote concepts that weren’t thoroughly researched and vetted before they faced the glare of public scrutiny. Most of these proposals were rooted in the past and only demonstrated that their promoters didn’t realize that time runs in only one direction.

The world has changed and other modes of transportation have risen up to usurp rail’s original crown, which was based on trains being all things to all people. They no longer can be.

Trains are superb movers of large quantities of people and goods over certain distances and under very specific conditions. But rail is extremely capital intensive and it must be applied judiciously.

In Northern Ontario, some proposals have basically called for the reactivation of services from a bygone era. There are numerous rail museums and tourist train operations where a nostalgic rail experience can be had. But a real rail service is not the place for this.

Are other modes more appropriate than rail in some of the advocates’ proposals?

Would it be more effective and less costly to invest in road improvements instead of lightly-used trains that wander through the woods at great cost and, in some cases, eat up track capacity and funding best applied to other rail services?

Being a credible advocate does mean admitting rail isn’t always the ideal solution; you must pick your battles wisely. To do otherwise is to be painted by critics as a train-hugging looney. Where remote, low-density rail services can meet a legitimate need at a reasonable cost vis-à-vis road and air alternatives, then a case should be made for it in modernized form.

Using this yardstick, there are some Northern Ontario proposals that clearly have merit. Those include restoration of the Toronto-Cochrane Northlander and re-routing VIA Rail’s transcontinental Canadian to the CP main line on Lake Superior’s North Shore.

Defensible as these revived or revamped rail services may be, there are still big questions to be answered, such as the availability of modern equipment, the quality and capacity of the track, and the likely ridership and revenue.

To make these cases stick, the advocates need to do their homework. When dealing with politicians who might take up these causes, nothing will lose their attention faster than saying you can’t quantify the benefits, costs and implementation timelines.

Advocates must produce the hard facts through their own serious research or hire a professional who can deliver it.

As influential American statistician W. Edwards Deming said, “In God we trust; all others must bring data.”

My second piece of advice is to accept the fact that you’re facing a brick wall of political and bureaucratic resistance.

Empires and careers have been built on the premise that cars and air travel are all we need and trains are passé. Most of the powers that be simply won’t consider rail’s economic, social and environmental benefits, even those who cloak themselves in self-awarded environmental and sustainability merit badges.

European and Asian nations never lost sight of the need for passenger trains as components of their balanced transportation systems. Canada – like the U.S., Latin America, Australia and New Zealand – lost its rail vision. But all the major anti-rail nations except Canada have shifted gears, gradually modernizing and even reviving rail passenger services they previously ignored or ditched.

It would be easy to retreat in the face of this wall of Canadian ignorance, but there are signs of progress.

The provincial government’s expanding support for GO Transit and its endorsement of high-speed rail for southwestern Ontario (excessive and impractical though it may be) are indications that some politicians finally recognize the benefits of rail – not to mention its voter appeal.

So, to those who want rail to become a logical and affordable transportation option in Northern Ontario, don’t give up hope. The inherent power of steel wheels on steel rails is on your side if applied wisely.

Be practical, pragmatic and perseverant if you want to get us back on track.

Greg Gormick is a Toronto rail analyst and policy advisor, and the author of Transport Action Ontario’s The Citizen’s Guide to Sustainable Transportation Advocacy.

Sault airport embraces uptick in August passenger traffic
Sep 10, 2020 4:05 PM
Comments
We welcome your feedback and encourage you to share your thoughts. We ask that you be respectful of others and their points of view, refrain from personal attacks and stay on topic. To learn about our commenting policies and how we moderate, please read our Community Guidelines.