New grader on the way for Kenora Airport 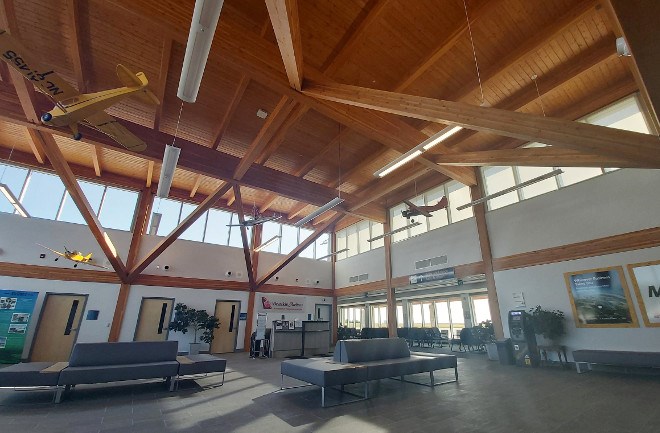 The Kenora Airport is getting a new grader, thanks to the federal government.

On Aug. 23, Transport Canada announced it would purchase a grader for the facility, at a value of $334,000. It will be used to clear ice and snow from the runways, taxiways and apron.

"The Kenora Airport is an important hub for residents and businesses in Northern Ontario,” Kenora MP Bob Nault said in a news release.

“This investment will help ensure continued safe and reliable airport operations for Kenora residents, many of whom depend on their local airports not only for personal travel and business, but also for access to specialized and emergency medical care in larger centres."

Last September, the airport opened its brand-new, $6-million airport terminal, replacing the old terminal, which had been constructed in 1967.

The new building features timber framing, high ceilings and natural light in the main lobby. The project also included a realignment of the apron to improve access to the terminal and accommodate larger aircraft.