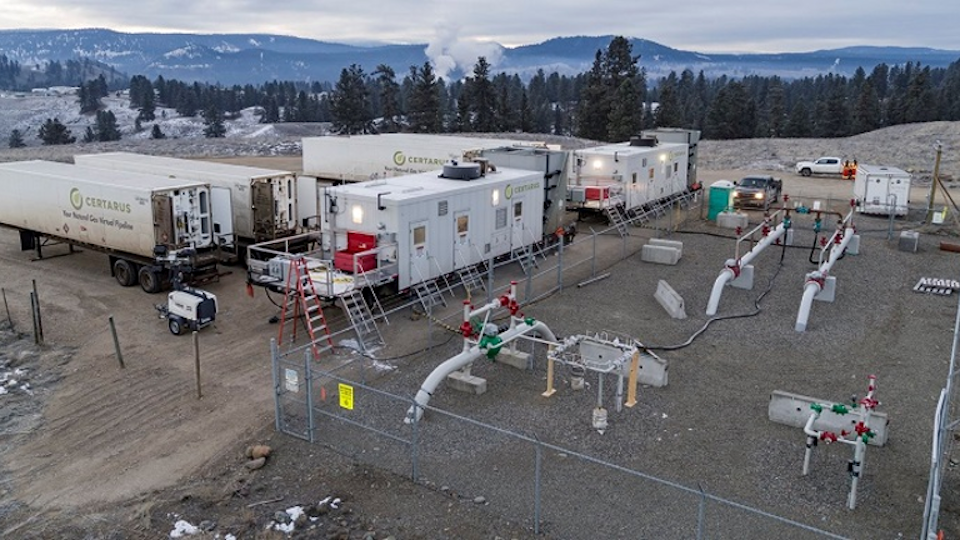 Alberta-headquartered natural gas supplier Certarus has inked two long-term contracts to transport fuel by truck to two industrial users and signed a memorandum of understanding with a coalition of communities on the north shore of Lake Superior.

A pending customer is Lakeshore Natural Gas, a coalition of the municipalities of Marathon, Manitouwdge, Terrace Bay, Schreiber and Wawa with a proposed $55-million natural gas distribution system which will owned and operated as a regional utility company. The communities are waiting on approval and funding from the provincial government and its energy regulator to roll out the project.

Certarus compresses natural gas and transports it by truck to propane and diesel-dependent commercial and resident customers in areas without pipeline access.

"Lack of pipeline access has historically left remote operators with few options that resulted in higher energy costs and emissions," said Curtis Philippon, Certarus president-CEO, in a news release. "Our mobile energy distribution capability offers our customers a clean and cost-effective solution that can scale up with demand to provide energy security and price predictability."

"Certarus offers a mobile energy solution that delivers low carbon CNG directly to our facility on the north shore of Lake Huron so that we can replace propane in our industrial dryers and reduce the carbon footprint of our operations," said David Redfern, Lafarge's Eastern Canada CEO.

"As we look to expand our operations, we want to ensure we are limiting our environmental impact in the region," said EACOM CEO-president Kevin Edgson.

We've made a significant investment in our Elk Lake facility to reduce the use of both diesel fuel and propane, and our partnership with Certarus will ensure we have a reliable flow of low carbon natural gas to fuel our growth going forward."

"Our municipalities are confident that we have found a trusted and well-established gas supply partner in Certarus," said Daryl Skworchinski, CAO for the Town of Marathon. "That brings us one step closer to delivering critical energy for underserviced communities in the north."