'Let's do it, or not do it': task force pushes for final resolution on Huron Central Railway 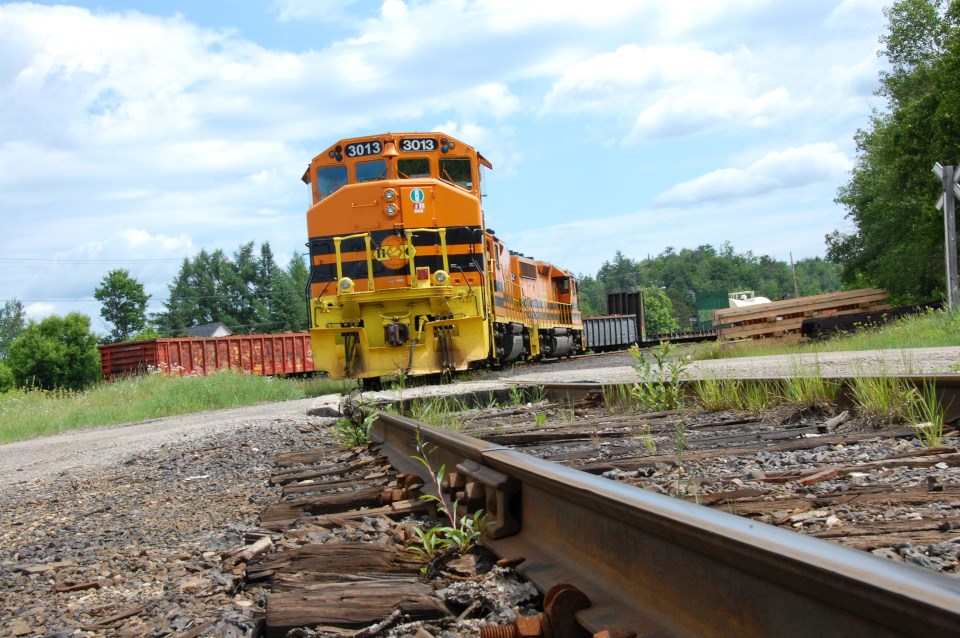 Former Sault Ste. Marie Mayor and Member of Parliament Steve Butland has been through this whole song and dance before, and by the sounds of it, he doesn’t ever want to be in this predicament again.

Genessee & Wyoming Inc. has announced plans to wind down operations on the Huron Central Railway (HCR) by year’s end if the federal and provincial governments can’t make good on a $40-million relief package for track maintenance and safety upgrades to the 288-kilometre short-line railway before then.

Butland, who has worked with former Sault mayor and chief administrative officer Joe Fratesi as sole members of the HCR task force since 2018, says there’s still some optimism that a deal can be reached - but that optimism, he told SooToday, could easily give way to “extreme pessimism” as the end of the line draws near.

“We’re getting tired. I think everybody’s tired of it,” he said wearily.

Still, Butland believes that if either Ottawa or the province step up, the other will soon follow suit. It’s for this reason Butland is now calling on both Sault Ste. Marie MP Terry Sheehan and Sault Ste. Marie MPP Ross Romano to sit down with the HCR task force - together - and make one final push to hammer out a deal with the rail operators.

“Can we get together with you, and have one final push at this? One thing we have never done is said, ‘can we meet together?’ We’ve met Terry, we’ve met Ross on numerous occasions, we’ve met in Toronto, we’ve met in Ottawa - but never the two political parties and representatives together with the task force,” said Butland. “I believe it’s our next step, and it’s probably our final step.”

“If that doesn’t happen, it’s not likely anything is going to happen. We’ll have to accept the negative outcome.”

If this whole storyline sounds vaguely familiar, that’s probably because of previous dealings between Genessee & Wyoming Inc. and both levels of government.

The Huron Central Railway received $33 million in order to carry out extensive repairs to the railway in 2010 and received about $980,000 in interim funding from the Ontario government in late 2019 after threatening to pull the plug on the rail line - a stretch of line that services Algoma Steel Inc., Domtar in Espanola and EACOM Timber Corporation in Nairn Centre.

Sault MP, MPP want HCR to prop itself up, eventually.

When Romano and Sheehan were pressed by local media on the HCR issue last week, both stressed that a deal needed to get done - but there has to be a long-term solution in order for the railway to be sustainable.

In February, Sheehan met with stakeholders, including members of the prime minister’s office and Transport Canada. He says the group had made some “really, really good progress” before the COVID-19 pandemic took hold.

He told reporters last week that HCR remains committed to getting a deal done, despite its plans to wind down operations. But the ability to sustain itself has to be a piece of the puzzle.

Romano said he and his office have been engaged in weekly talks with HCR officials and the HCR task force since the start of the COVID-19 pandemic.

The province, Romano said, is still in conversation about the HCR - but maintains that it’s critical that the sustainability of the railway is maintained, and that it is competitive moving forward.

“When you look at the nature of the operation of the HCR, it’s an operation that while it does make some money, it’s modest and it does not allow - and it’s a traditional problem for short-line rail - to be able to invest in their infrastructure,” Romano told reporters last week. “Should taxpayers be responsible for covering that cost of that infrastructure forever and indefinitely?”

“That’s a question that we’re still looking at.”

While the province ponied up nearly a million dollars to prop up the Huron Central last year, the HCR task force wants to see a more long-term solution in place.
Butland wants a firm decision on this - one way or another - and that decision has to happen soon. The task force is looking to provide Sault Ste. Marie City Council with an update at the Sept. 14 council meeting.

“After two years, I don’t believe there should be any weeks left,” said Butland. “Let’s do it, or not do it.”