Decertification on the horizon for Kirkland Lake Airport 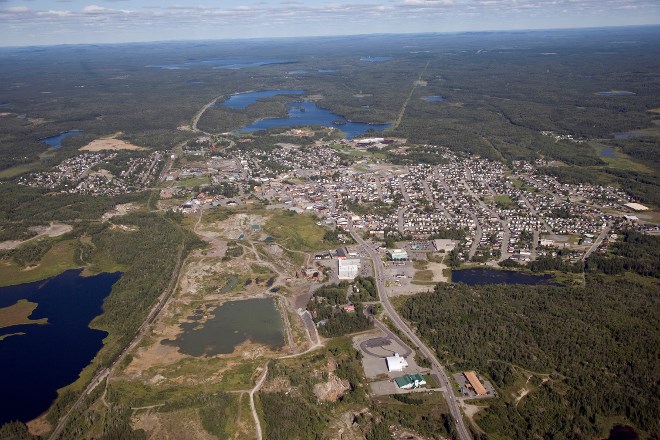 The Town of Kirkland Lake has moved one step closer to decertifying its municipal airport.

Councillors passed a resolution on March 20 directing the planning department to bring forward a bylaw for council to consider at its next meeting in early April to decertify the facility as a means to reduce costs, reduce municipal liability, and ease the red tape burden on town staff.

The municipality was looking at a number of options on how to cut operating costs at the 43-year-old facility located on the outskirts of the northeastern Ontario gold mining community.

After a public stakeholders meeting in January, the consensus was leaning toward decertification, according to town planner Ashley Bilodeau’s report to council.

Airports with scheduled passenger service are required to be Transport Canada-certified.

Kirkland Lake hasn’t had service since Pem-Air, a now-defunct Pembroke-based regional carrier, bolted in 1998. The chances of scheduled service returning are regarded as remote.

The neighbouring communities of Iroquois Falls and Cochrane have decertified their airports. Earlton remains a certified facility.

Decertification means the airport's $250,000 annual operating budget can be slashed by $100,000. There would be no need for a $10,000-a-year annual audit and it would save the town money in staff hours committed and paperwork. Other savings may be realized with a reduction in operating hours.

The airport has one dedicated full-time staffer and two part-timers.

Revenue generated from user fees and lease agreements make up roughly half of the airport’s operating budget but doesn’t contribute toward capital spending projects like needed runway repaving.

The airport receives between 500 and 600 flights annually, most of it medical evacuation and patient transfer flights. But there is some corporate travel from area mining and exploration companies, Ministry of Natural Resources and Forestry personnel, hydro workers, and some private plane operators.

Dryden lands new airport manager
Feb 3, 2020 12:12 PM
Comments
We welcome your feedback and encourage you to share your thoughts on this story. We ask that you be respectful of others and their points of view, refrain from personal attacks and stay on topic. To learn about our commenting policies and how we moderate, please read our Community Guidelines.