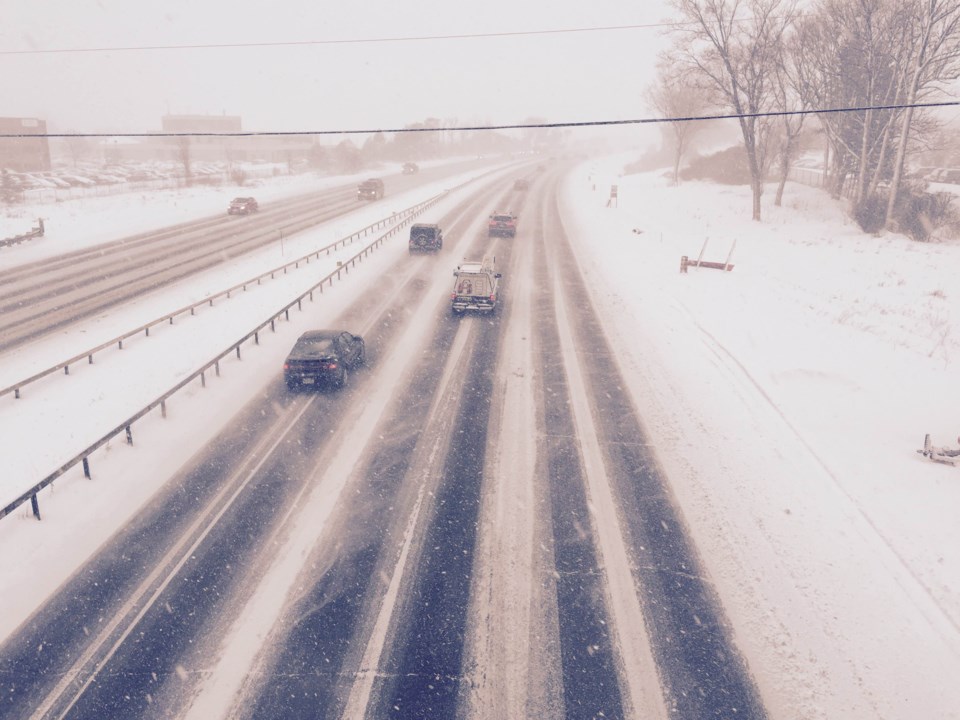 If passed, a new private member's bill would reclassify two Northern Ontario highways under the same designation as the 400 series (pictured). (BarrieToday photo)

A private member’s bill designed to improve maintenance standards on Highways 11 and 17 is receiving second reading at Queen’s Park on Nov. 7.

Under the legislation, Highways 11 and 17 would receive the same classification as the 400 series highways, ensuring that they would be cleared of snow within eight hours of a snowfall.

The intent is to make the highways safer for travellers.

“Too many Northern Ontarians have lost their lives, or suffered life-altering injuries driving on poorly maintained routes in the winter,” Bourgouin said in a Nov. 6 news release.  “With this bill we can save lives in Northern Ontario by making our highways safer for drivers.

“Northern drivers and families have waited long enough.  They deserve nothing less than to know that their roads are safe during the long winter months.”