A “wake-up call” for Ottawa to support short-line railways 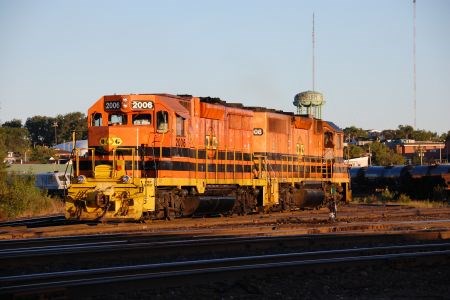 Stop-gap funding from Queen’s Park is keeping the Huron Central Railway (HCR) chugging for another year between Sudbury and Sault Ste. Marie. But northeastern Ontario chambers of commerce want Ottawa to pitch in to support short-line railways.

Queen’s Park recently delivered $980,000 in interim funding to the rail carrier to extend operations for another year.

However, the chambers want a long-term solution to keep short-line railways, like Huron Central, running for years to come.

“The recent challenges faced by HCR however are symbolic of a much larger problem that is impacting Canada’s short-line rail system and what we experienced locally should serve as a wake-up call to the government, to municipalities and manufacturers across the country that more has to be done to support our short-line rail links,” added Mitchell in a Nov. 20 news release.

A dozen short-line rail carriers in Ontario serve 150 communities. Collectively, Canada’s more than 50 short lines move $20.3 billion worth of metals, lumber, grain and manufactured goods each year onto the main lines of CN and CP.

The subsidy from the province this year helped industrial shippers between the Sault and Sudbury dodge a bullet that could have been devastating to the region's economy.

It was the second time in the less than 10 years the railway announced it would cease operations if government funding wasn’t available.

Back in 2010, Ontario and Ottawa announced $30 million in joint funding for the company to use toward track improvements and bridge repairs. That funding eventually dried up.

The 173-mile (278 kilometre) line between the Sault and Sudbury is owned by CP Rail, which contributes nothing toward maintenance.

The Huron Central employs 44 in the Sault and Sudbury, but supports thousands of industrial manufacturing jobs in hauling steel, forest products and chemicals for Algoma Steel in Sault Ste. Marie, Domtar in Espanola, and Eacom in Nairn Centre.

The chambers are framing their funding demand as national competitiveness and regional economic development issues that, if the rail service was lost, would put hundreds of transport trucks on the highway.

“The HCR, is an integral part of Sault Ste. Marie’s economy and vital to many of our local jobs,” stated Mitchell.

“The loss of the HCR would not only mean local jobs lost, but it would also result in an increase of up to 40,000 trucks annually on our regional highway. The increased impact on infrastructure as well as environmental costs would be significant.”

In their letter to Garneau, the chambers said short lines have been historically neglected by the federal government.

Neither the New Building Canada Fund or the National Trade Corridors Fund appear to be the funding remedies at hand to keep these carriers viable, they wrote.

The chambers point out new statutory reviews of the Canada Transport Act and the Railway Safety Act indicate Ottawa has a role to play in maintaining short-lines.