Need for ironworkers is expected to grow with hydro-electric, mine development projects in the construction queue.
Jun 25, 2021 9:45 AM By: Gary Rinne 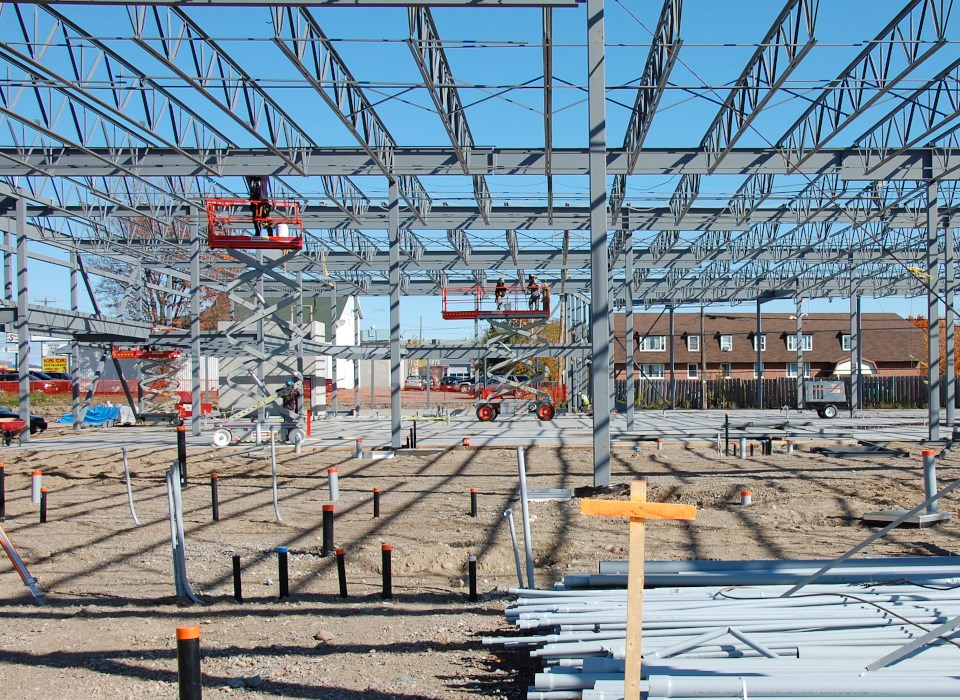 The Ironworkers union in Thunder Bay believes there will be increasing demand in Northwestern Ontario for members of the multi-faceted trade.

It's one of the reasons the Ontario government on Monday announced a $435,000 investment to help Local 759 buy three new pieces of equipment for training, testing and certifying apprentices and journeypersons.

The machines include a Genie lift which elevates workers to above ground job sites, a small mobile crane, and a forklift with an extendable boom.

Training is free for members of the International Association of Bridge, Structural, Ornamental & Reinforcing Ironworkers.

By March 2022, training will have been provided over the course of the year to 25 cohorts of classes comprised of 140 people.

Wayne Thibeault is the business manager for Local 759.

"To get on any job sites these days, you need lots of certification cards, from WHIMIS (Workplace Hazardous Materials Information System) to working at heights, and we run all our probationary members through all these certifications first, just to get them on the job," Thibeault told TBNewswatch.

Thibeault said the union works to ensure enough workers are always available to meet local demand, but the need for trained ironworkers will likely increase in the near future.

"Coming up, it looks like the north is going to get really busy in the mining sector, We're working closely with some organizations around the area, and I think they're talking 15 projects in 10 years. I don't know if there's going to be a shortage of tradesmen, but there's going to be a lot of them needed, for sure."

Thibeault also noted that there's a lot of work pending at hydro-electric generating stations in the Northwest.

Toward the end of this year, "there's going to be work coming that's going to last four or five years for sure," he predicted.

"Some of the machinery that we're able to get with this grant trains the guys to be able to use those machines confidently and competently on those kinds of projects," Thibeault said.

The median hourly wage rate for ironworkers in Ontario in 2019 was $40.

The funding announced for Local 759 is part of a $4 million investment in six projects around the province to support current and future construction workers, including a new Building and Construction Tradeswomen project to attract more females through marketing and free training.

Patrick Dillon, business manager for the Building and Construction Trades Council of Ontario, applauded the announcement, saying it will deliver "cutting-edge skills training to thousands of workers and help attract and retain more women in construction."

According to government data, the need to replace retiring workers is greater for skilled trades than for other occupations. In 2016, nearly one in three journeypersons were aged 55 years or older.