Finding ways to keep the best and brightest youth at home has been a never-ending task for many Northern Ontario communities. But a researcher at the University of Waterloo has some sage and progressive piece of advice: let them go.
Apr 6, 2015 6:57 PM By: Ian Ross 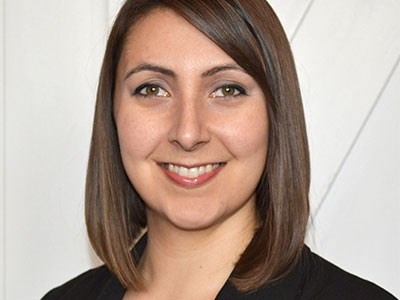 Finding ways to keep the best and brightest youth at home has been a never-ending task for many Northern Ontario communities.

But a researcher at the University of Waterloo has some sage and progressive piece of advice: let them go.

Michelle Madden, the outreach manager in the university’s economic development program, said the predominant mindset among economic development officers is to “bait them” to stay with the promise of good-paying jobs, better recreation, local education opportunities, “whatever it takes to keep them from leaving.”

The better approach is to let them leave, explore the world, be exposed to new experiences, new ideas, and allow them to grow their network in which, hopefully, someday, they’ll bring back to their communities.

Ultimately, what lures them back is the sense of home.

If they’ve enjoyed a positive childhood experience, had feelings of belonging, still maintain hometown ties, stand to inherit property, and have living parents back home, all of that increases the likelihood of them returning.

In December 2011, the municipality of Chatham-Kent launched a campaign geared to ex-pats when many would be home for the holidays.

A promotional video in the Back to Chatham program was shown during the movie previews at the local Cineplex. The idea was to convey and instill a sense of community pride and excitement.

The video was also intended to plant a seed in high schoolers before they graduate. There were other meaningful gestures such as having graduating class of high schoolers plant a tree in a park.

The Dakota Roots workforce development program in South Dakota targets ex-pats by offering a robust job-matching service that focuses on 11 targeted occupational groups projected to be both high-wage and high-demand by 2020.

Employers regularly post jobs to the website, but the campaign has a personal touch by allowing family and friends to reach out to those who might want to come back to the state.

An ex-pat might get an email or voice message from the governor explaining how they can get started in the program.

Madden said the itch to find one’s way back home usually begins in the late 20s, early 30s when starting a family enters the picture, and being in familiar and comforting surroundings becomes paramount.

In those circumstances, people tend to prefer an environment that’s close to a community of where they grew up.

“Some will feel the calling and will want to come back and others who really like southern Ontario will say, this is where I see myself from now on.”

Her research shows that ex-pats who moved away to larger urban environments and then return home achieve a higher rate of success, especially as business owners, than those who have lived in their hometown are all their lives.

As a native Cape Bretoner who became fascinated with the migratory pattern of her fellow East Coasters, Madden said changing the tone about out-migration is a good thing provided you stay connected with them.

She views young migrants as trained, skilled and experienced assets waiting to return. The trick for community and economic developers is to build a place they want to come home to.

And that message must be effectively communicated through social media, postcards, reunion events, networking opportunities, and whatever tactics you can think of to bend their ear during the holidays, festivals or whenever they’re in town visiting.

Local employers, small business support centres and real estate agents have to participate to help get them settled, employed, and housed as soon as possible.

André Robichaud, Kapuskasing’s economic development officer, is a former ex-pat who, as a teen, harboured some anti-hometown sentiment growing up in the forestry mill town.

“I was one of those: I’m leaving and I’m never coming back.”

Robichaud left at 18 to pursue his education and work in Ottawa until the expensive side of urban living left him longing for the Northern outdoor lifestyle he craved.
“I put a lot of value in my personal time. Don’t put me in a car (commuting) for a half-hour each way.

”With the average price of a home in Kapuskasing at $150,000, the town’s youth attraction strategy promotes the lower cost of living, a less hectic lifestyle, and assistance with finding a job you were trained for.

“Come back, the quality of life is good here. You’ll finish work at 4:30, play nine holes, head down the river to catch a few walleye and enjoy an evening fire in your backyard.”

Robichaud uses every opportunity to tell his story to post-secondary school students and sends out an e-newsletter of local job opportunities to his database of 250 out-of-town young adults.

“We’ve built that into our strategy and tried to stay connected with youth. We understand that they’re going to leave. That’s what’s expected. Youth out-migration is not a phenomenon unique to Kapuskasing and Northern Ontario. It happens all over Canada.

“Once they’re gone, the only thing you can do is stay connected.”

With all the Highway 11 communities facing the same challenge, Robichaud said they adopted a regional approach last year with a Make Way for Youth Strategy involving Hearst, Cochrane and Iroquois Falls.

A migration officer recruits ex-pats and potential newcomers to come up for an all-expenses-paid Discovery Day to meet with an employer in their field and to reacquaint them with the community.

Though it’s difficult to estimate the recovery rate since the town launched its ex-pat strategy in 2007, Robichaud said the comparative local census data between 2006 and 2011 show a modest uptick in the 15 to 34 age groupings, for the first time in 20 years, with the age 25 to 29 segment increasing by 30 people.

The numbers don’t explain why they’ve come home – presumably for jobs – but observationally and anecdotally he can observe the improvement.

“I can see it at the arena and the carnivals. I’m not the youngest one anymore, and it wasn’t like that five years ago.”