The legislative passing of the new Ontario College of Trades has left some industry representatives cautiously optimistic that it may well change the future of skilled trades and apprenticeships in the province.
0
Nov 18, 2009 7:16 PM By: Nick Stewart 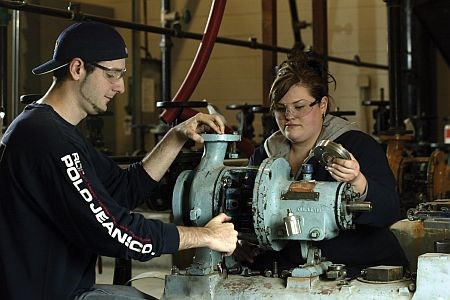 By 2012, Ontario's new College of Trades will regulate roughly 150 trades, and will oversee such matters as apprenticeship ratios and completion rates, as well as certification.

The legislative passing of the new Ontario College of Trades has left some industry representatives cautiously optimistic that it may well change the future of skilled trades and apprenticeships in the province.

"This could be the most important initiative in my generation in how we train people," says Alex Lolua, director of government and public affairs, International Brotherhood of Electrical Workers Construction Council of Ontario (IBEW CCO).

"If it becomes another layer between industry and the ministry, then we're no better off. But if it becomes something that's proactive, looks at better ways of doing things and takes politics out of things like ratios and compulsory and is industry-driven, then it could be the best thing that happens to all of us."

Having passed third reading in late October, the college will act as a regulatory body for the province's 150 trades, filtering them into the automotive, service, construction and industrial sector categories.

The college has an initial budget of $500,000 for the 2009-2010 fiscal year, and while specific numbers are not yet available for future years, it will be largely supported by fees charged to members.

As designed, the college will feature strong representation from throughout industry and will serve as an adjudicator, helping to resolve a variety of issues, including sector-specific apprenticeship ratios.

The college, whose exact size and location have yet to be determined, will also provide a clear process to uncertified industries like sprinkler fitting to seek certification when it is fully operational in 2012.

Being able to present the case for regulatory changes to industry panels, rather than just a minister, will be a positive step, says Lolua, whose organization represents unions throughout the province, including two in Sudbury and Thunder Bay.

"We've always had challenges dealing with bureaucrats at the ministry because they don't seem to understand our business. We've always been looking for something that would give us more of a say in how we run our industry, and we think this is possible if the College is structured properly."

Another major aspect of the college's mandate is to promote the skilled trades as a viable career.

The average age of an apprentice is 27, meaning that trades are still not being seen as the first career choice among students emerging from high school and post-secondary institutions, says Lolua.

The college will seek to attract those students, as well as various under-represented segments of the population, to Ontario's skilled trades, says Minister of Training, Colleges and Universities John Milloy.

The low number of women in construction is "shocking," he says, and the college will seek to find new ways to them in alongside Aboriginals, new Canadians, and young students.

"We need more people going into skilled trades as a career," says Milloy.

Although the college has all but passed into law and has put many ideas on the table, many administrative and organizational details remain to be worked out.

The college is structured to be overseen by a variety of panels, as well as a 21-member board of governors consisting of people representing both industry and the public.

The province will soon name nine people to an appointments council in the coming months to help determine the exact make-up of the college's organizational chart.

The remainder of the college will be phased in over several years until its full roll-out in 2012. This preliminary period will require the search for the institution's CEO, establishment of the fee framework, and determining a system of enforcement and complaints, among others.

Denis Hubert, president of Collège Boréal, sits on the Ontario Apprenticeship Steering Committee and says he's disappointed that the board membership doesn't mandate the inclusion of a francophone representative. As many as 46 per cent of Northern Ontario tradespeople are part of this demographic.

Regardless of its final make-up, however, the college of trades has been designed to provide a forum for everyone in the skilled trades to come together, giving a voice to industry throughout the province, says Milloy.

"It's still in the early days, but I think we're off to a great start."