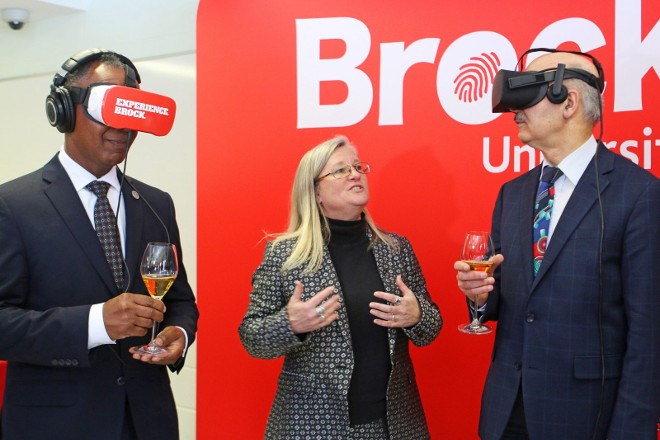 Lakehead was the only university in Northern Ontario to siphon off a small portion of the tens of millions in research funding being rolled out by Queen’s Park.

Han Chen, a professor specializing in forest ecology at the Thunder Bay university, snatched $146,000 as a lead researcher participating in SmartForests Canada, a country-wide network of monitoring plots adapting to climate change.

The province announced Jan. 8 it was handing out almost $137 million from the Ontario Research Fund for 53 projects at 17 institutions specializing in the areas of health care, advanced manufacturing, clean tech and computer tech.

Minister of Research, Innovation and Science Reza Moridi announced the funding at Brock University in St. Catharines where $960,000 is funding the creation of a “first-of-its-kind wine consumer lab.”

The province said the grant to the Cool Climate Oenology and Viticulture Institute will help Ontario’s $4.4-million grape and wine sector adapt to climate change, and buy some brand new fermentation equipment to outfit the lab.

U of T’s researchers will have more than $6,650,000 to their disposal for the Mega-Scale Multi-Dimensional Experimental Facility for Enhancing Canada's Infrastructure Resilience.

The University of Western Ontario in London landed almost $13.9 million for five projects including more than $4.4 million for a study of the physical and chemical degradation of materials.

The University of Waterloo received $13 million to roll into 10 programs, the largest being $2.8 million for the Facility for Functionally Advanced Sensor Technology.

The University of Windsor is pocketing $6.3 million for its Real-time Aquatic Ecosystem Observation Network.

“Supporting Ontario’s researchers as they make breakthrough discoveries will help advance technology and drive economic growth across the province,” said Moridi in a statement.

“Making sure they are working in state-of-the-art facilities with the most up-to-date technology will help researchers do their best work and lay the groundwork for new products and services, and economic opportunity for people in Ontario.”

North Bay university's interim president begins her term
Jul 10, 2020 8:00 AM
Comments
We welcome your feedback and encourage you to share your thoughts. We ask that you be respectful of others and their points of view, refrain from personal attacks and stay on topic. To learn about our commenting policies and how we moderate, please read our Community Guidelines.