After months of demolition, renovation and reconfiguration, the new incubation centre in downtown Sault Ste. Marie is ready and waiting to welcome tenants. Millworks, which is located at Mill Square on the former St.
0
Sep 25, 2015 1:32 PM By: Lindsay Kelly 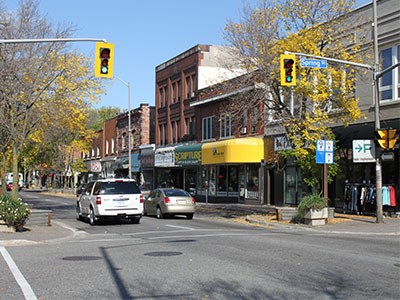 After months of demolition, renovation and reconfiguration, the new incubation centre in downtown Sault Ste. Marie is ready and waiting to welcome tenants.

Millworks, which is located at Mill Square on the former St. Marys Paper sawmill property, is expected to open in early October, and there has already been interest from potential clients, said Andrew Ross, the manager of Enterprise Centre services at the Sault Ste. Marie Economic Development Corporation (EDC).

The Sault is presently home to the very successful Sault Ste. Marie Innovation Centre, which specializes in fostering businesses in the science and technology sectors. Ross emphasized that Millworks isn’t looking to duplicate the work already being done there, but instead will focus on its own niche of clientele.

“We’re looking at mixed-use types of businesses, but also the potential exportability of goods and services down the road, the growth potential of the business, the viability/sustainability potential, and the type of entrepreneur,” Ross said. “We’ve had some very good inquiries, some good discussions, and we’ve narrowed down our internal list a bit, and now we’re just looking for a few more clients.”

Located in the former machine shop building, the space has been reconfigured to include seven dedicated offices on the second floor, including three single offices and a double office and three triple offices. There is additional space, which could be established as an extra office or meeting room.

It could even be used as a transitionary space for new business owners coming to Sault Ste. Marie from overseas who need a temporary office out of which to operate before they establish a permanent location.

“There are some flexibilities within the space that we’re still trying to look to see how we can maximize that,” Ross said.

The incubator, which is a three-year pilot project being funded through multiple levels of government, will offer multiple Enterprise Centre programming, in addition to administering three additional programs: Starter Company, Summer Company, and the incubator services.

Ross and his colleague Zoltan Virag, the EDC’s manager of small business advisory services, will administer the programming through Millworks. A mentoring program will augment those services, Ross said.

“We’ve played it by ear with mentors; as we’ve needed them we’ve contacted people and set it up,” he said. “But now we’re really looking to make more of a traditional, defined program for mentoring with defined databases to be able to call on mentors as we need them from a more set process.”

The main goal of the new incubator is to provide entrepreneurs with some tools that will help them be successful. Instead of the entrepreneurs having to go search for the information and resources they need, they can come to one stop to find it all.

And not all the focus is on new businesses. Ross said there’s lots of business redevelopment opportunity.

Work is currently being done redevelop the Canal District, a portion of the downtown that includes the former St. Marys property, and a private Toronto developer is retrofitting the old hospital site into luxury condos.

Ross said there’s potential to update areas like Gore Street, the original downtown, which has been depressed the last 15 or 20 years.

Incubation, which was popular in the 1990s, is now enjoying a resurgence in popularity, he noted, although in a different form. Financial support is just one avenue to help businesses find success.

“If we can play a small role in that, either by helping our clients relocate to places that might suit them there, or facilitating community open house opportunities, or creating projects, then that’s something I think we want to take a role in as well,” Ross said.