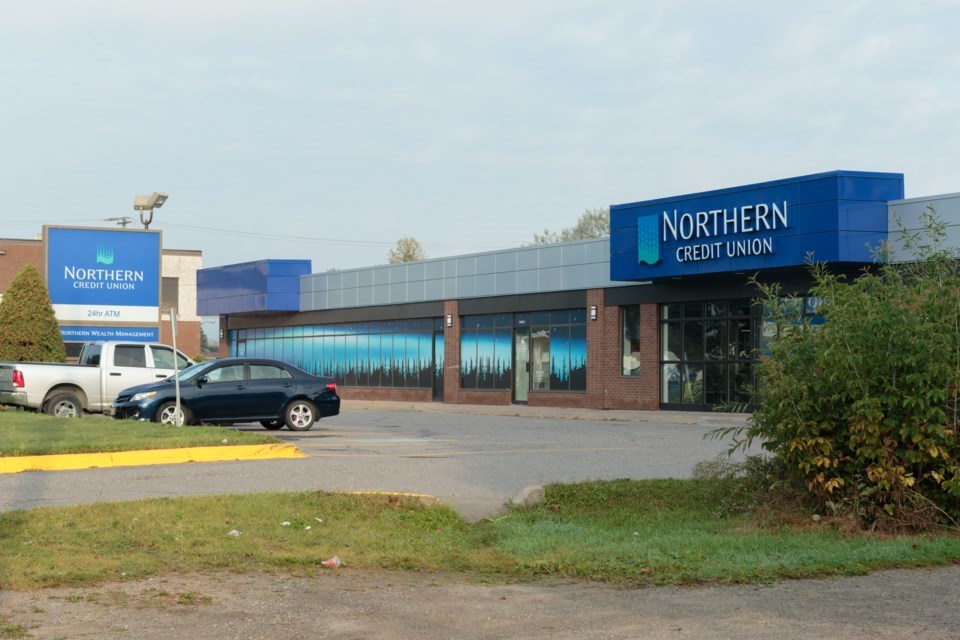 In a news release issued Feb. 18, Northern Credit Union announced consolidation plans for a number of its branches.

Of Northern's 31 locations, seven are set to close, including those in Iron Bridge, Richard's Landing, and the Second Line branch in Sault Ste. Marie.

Clients will be directed to other nearby branches to conduct in-person banking.

"This decision helps support the continued long-term financial viability of our organization. We must ensure the ability to meet the changing needs of our members and deliver on the community-based projects we remain committed to supporting in the areas that we serve in our “Northern” communities," said Northern Credit Union president and CEO Richard Adam in the release.

More information regarding impacted branches can be found here.

Northern Credit Union has announced the consolidation of seven of its smaller locations.

Leading up to the closure, the True North Hub, telephone support, and banking service centre, will operate with expanded hours, while in-branch staff will help transition members to their nearest branch.

“Over the past decade, credit unions and other financial institutions focused on opening more branches. Today, most are decreasing their physical footprints because of the emergence of additional banking solutions, most notably online and digital tools,” said president and CEO Richard Adam.

“For Northern, this decision helps support the continued long-term financial viability of our organization. We must ensure the ability to meet the changing needs of our members and deliver on the community-based projects we remain committed to supporting in the areas that we serve in our 'Northern' communities. We have always been proud of our northern roots, which remain firmly planted.”

Northern Credit Union has developed some of the best digital and remote banking services available and members have responded by using these tools, two to three times more often than they use in-branch services. Other than cash transactions, all banking including account set up and inquiries, bank transfers, investments, loans, lines of credits, and mortgages, at Northern Credit Union can all be done using Northern Credit Union’s online and telephone services.

The ease and convenience of transacting business, without the need to come into a branch, have become so popular that traffic to some branch locations has significantly reduced, providing a strong business case for consolidating some of the smaller branches.

"It was important to us to know, with confidence, that we had many ways to support the needs of members of all abilities in all communities,” said Adam.

“We can now say this for certain, with 24 branch locations across Ontario, secure online and mobile banking, the True North Hub toll-free call centre, with live Northern staff members, a network of over 40,000 surcharge-free ATMs and online e-products with the ability to set up investments, credit lines, mortgages and more, firmly in place.” At present, Northern Credit Union employs 260 people across its 31 branches and corporate office locations. All affected employees will be provided with support during this transition.

The full list of affected branch locations and other information can be found online.